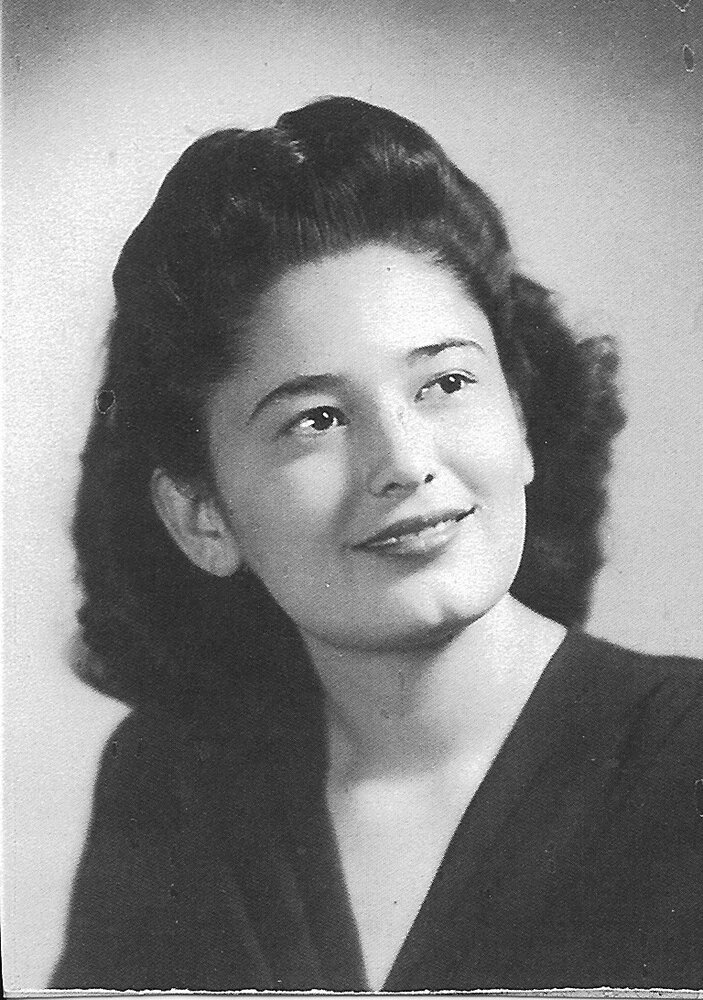 She was preceded in death by her husband of 52 years, Cipriano Haro, her brother Benjamin Avenenti Jr., and her sisters Helen Alonzo and Virginia Bribiescas. She is survived by her siblings Mary Van Haren, Eddie Vindiola, Regina Madueno, Heady Bea Avenenti and Benjamin Avenenti III.

Loretta was born on August 9th, 1930 in Florence, Arizona to Helen Brady and Benjamin Avenenti. She received her high school diploma from Superior High School in 1948. A year later, Loretta married Cipriano and they eventually moved to San Manuel for Cipriano’s new position with Magma Copper Company.

She and Cipriano continued to build their family over many years while she pursued her passions in photography and writing. Loretta also taught Catechism at St. Bartholomew’s, taught English as a second language through the Church, and worked for the State of Arizona Elections Board for over 45 years.

Loretta was known throughout Southern Arizona for her delicious cooking, especially her tortillas, tamales, and empanadas. Loretta never took shortcuts and believed that anything, especially cooking for her family, was worth the extra effort.

Loretta passion for athletics manifested in countless ways. She was the epitome of a coach’s wife and baseball mom. Loretta was a devoted Diamondbacks fan and was delighted when her children surprised her with tickets to Game 6 of the 2001 World Series.

Loretta will be missed and remembered by all. Her service will be held on Saturday, November 6th, 2021 at St. Francis of Assisi Catholic Church, 490 Main Street, Superior, Arizona 85173. Her celebration of life will begin with a Rosary at 1:30 PM, Mass at 2:00 PM, and burial at Fairview Cemetery to follow.

In lieu of flowers, donations can be made to Arizona Helping Hands www.azhelpinghands.org.

To send flowers to the family or plant a tree in memory of Loretta Haro, please visit Tribute Store

Share Your Memory of
Loretta
Upload Your Memory View All Memories
Be the first to upload a memory!
Share A Memory
Send Flowers