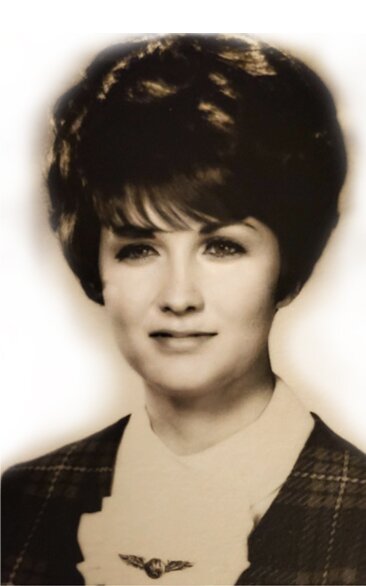 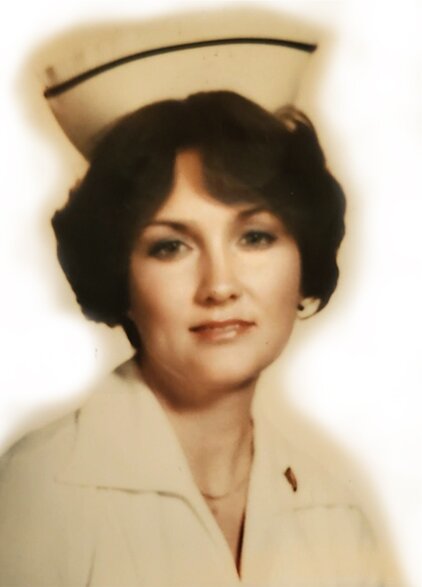 Born to Lula Mae McKeithen and Melton Sykes on June 8,1946 in Lafayette, Louisiana, she was the oldest of her three siblings, Melton Levi, Ronnie Joe, and Amarrilus. Pat excelled in school. She was smart…graduating from high school six months early and later going on to attend Louisiana State University.

Patriccia met her husband, John, in 1969, on a blind date in Arlington, Texas while she was attending “stewardess” training for American Airlines. He was in Army helicopter school in the nearby town of Mineral Wells. They fell in love and a little over a year later, they got married in Honolulu, Hawaii while John was on military leave.

Pat loved her job as an American Airlines flight attendant and was known for carrying along her Yorkshire Terrier, JJ, in her purse on work trips. Years later, she went back to school to become a registered nurse and spent many hours in the hospital NICU taking care of the littlest babies most in need.

Those were just her ‘paid’ jobs.

Then, there were her unpaid positions.

She was a girl scout leader- at least three times over, raised show dogs and ran a professional dog club. As a military wife, she also spent countless years as a military support advocate for the spouses of thousands of Air Force reservists.

But her life’s passion was her family and Pat spent much of that life raising her three daughters, Cristiane, Catharine and Brittany. The Batbie family traveled extensively…just about every three years…as military life moved them to Arizona, Louisiana, California, Germany (twice), North Carolina, Indiana, and Georgia.

Pat made sure every move came with a promise of something special for each one of her girls…whether it be a swimming pool or a walk-in closet, in an effort to make each move a bit easier for them. She was the head of the carpool to any and every activity her kids were involved in, the best tutor in any subject, but math…and she was that mom who knew the power of granting “mental health” days from school, just when her kids needed them the most.

Pat was incredibly proud of her husband, John. To this day, she has a collection of every newspaper article that ever mentioned his name, but as he tells it, she also knew how to keep him grounded, telling him upon his promotion to General, “Sweetheart, you ain’t no General here. Take the garbage out.” She had a way of keeping all of her family humble and grateful for their blessings in life.

Pat was the queen of interior decorating, chef extraordinaire, and a lover of crafts- with a special talent for making porcelain dolls. She coordinated annual family reunions, was a pro at tracing anyone’s genealogical roots, and her packing and shipping skill set on all of our family cross-country jaunts, rivaled most moving companies. She was a gifted gardener and loved spending time in her yard. No neighbor ever held a candle to her flower beds. John credits their water bill for her success.

Pat had a life-long love affair with Murder She Wrote reruns, key lime and pecan pie, her LSU Tigers, the Dallas Cowboys, and her Woman’s Day and Better Homes and Gardens magazine subscriptions.

She took extreme pride in her seven grandchildren. Her four grandsons, Christian, Noah, Ethan, and Liam and three granddaughters, Emma, Scarlett and Liliana. They were her pride and joy.

Pat was the epitome of a Southern Belle, but with a cajun kick. She lived her life to the fullest- and on her terms. She was strong-willed with a soft heart for the underdog and her family was her everything.

Pat joins her mother, father and brother in Heaven. She is survived by her husband of 51 years, John; daughters Cristie (Bill) Street, Cathie Batbie Loucks, and Brittany (Pablo) Fugate; four grandsons, Christian, Noah, Ethan, and Liam and three granddaughters, Emma, Scarlett and Liliana. She is also survived by her brother, Melton Levi (Hillary) and sister, Amarrilus. A private memorial service is pending.

Share Your Memory of
Patriccia
Upload Your Memory View All Memories
Be the first to upload a memory!
Share A Memory