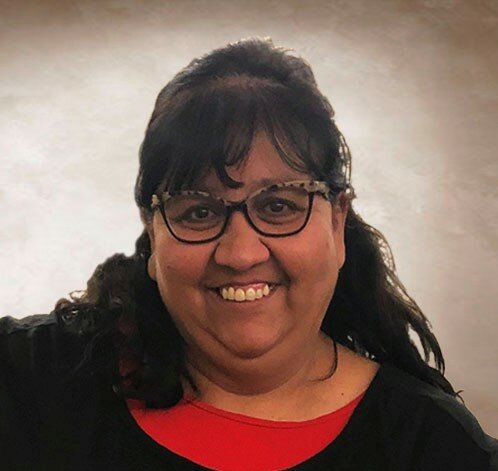 On Thursday, September 23, 2021, a divine healing was completed when the Lord guided His faithful daughter, Debi to His heavenly home by His hand.

Debi was born on December 18, 1964 in Riverside, CA. She was the third child born to the late Joe Hinojosa Ochoa and Esther Gonzales Rodriguez.

At the age of 9, Debi, her mother and siblings relocated from East Los Angeles, California to Madera, California. Debi accepted Christ as her personal Savior in 1981 and became a member of Church of God of Prophecy in 1983. In 1984, she resettled in Alaska to assist with the Spanish church work along with her extended family and friends.

She married Douglas (Doug) Cruz, on September 13, 1986 in Anchorage, Alaska. Due to Doug’s military responsibilities, three days after their wedding, Doug returned to Belgium. Debi later joined him in November, 1986. At the age of 21, Debi was a first-time military and pastor’s wife all in a new continent/country. She was a faithful servant to the work of the Lord, and to her husband. Debi gave birth to their only child, Melissa, in July of 1989.

Later in 1989, they returned back to the United States where Debi continued as Doug’s helpmate and confidant during his pastorate in the states of Arizona, Nevada and California.

Doug retired from Central Unified School District - Department of Transportation in 2017. Debi left Fogg, Maxwell, Lanier & Remington Eye Care after 19 years when Doug relocated his family to Tucson, Arizona. Since 2018, she worked full-time as a receptionist at Affinity Eye Care doing what she loved—helping people. Debi knew no stranger! Everyone she came in contact with was loved to the fullest! She was also a wonderful, God fearing mother: the epitome of a Proverbs 31 woman!

Debi was preceded in death by her father Joe Hinojosa Ochoa, mother Esther Gonzales Rodriguez, and husband Douglas Cruz. She is survived by her daughter, Melissa Cruz, her brothers Joe and Gabriel Ochoa, sisters Evelyn Ochoa and Ruby Zarate, brothers-in-law, sister-in-law, nieces, nephews, and extended family. She also leaves behind all the members and visitors of the local churches both Doug and Debi pastored including an abundance of friends and acquaintances.

To send flowers to the family or plant a tree in memory of Debra Cruz, please visit Tribute Store

Share Your Memory of
Debra
Upload Your Memory View All Memories
Be the first to upload a memory!
Share A Memory
Send Flowers