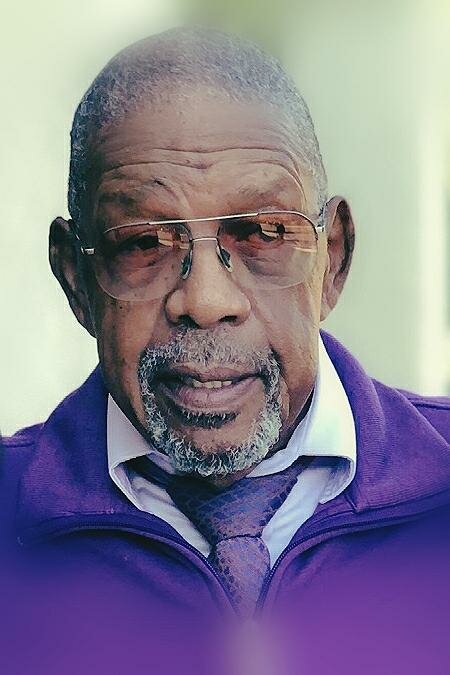 George D. Appleton was born on November 17, 1932 in New Florence, Missouri to Mable and George (Brad) Appleton. He departed this life, with his family at his side, on September 12, 2021 at St. Joseph Hospital in Tucson, Arizona.

George served 20 years in the United States Air Force, serving in Japan, Korea, Italy, France, and last serving at Norton Air Force Base in San Bernadino, California. While stationed in Greenville SC, he met JoAnn and they married on October 16, 1952. They were married for 62 years until she passed away. After his military career, he worked 20 years for United States Postal Service. Following his postal career, he worked for Tucson Unified School District as a bus operator, retiring to care for his wife.

His passions were driving the school bus, working with special needs children, singing, talking to people whenever he was on Base, or while visiting the VA Hospital, or anywhere else he went.

George enjoyed meeting with the men’s breakfast group on Saturdays. He liked walking and bike riding but his farorite pastime was watching woman’s basketball and listening to music on his laptop. He served as a Deacon and was a faithful member of Mt. Calvary Church for over 20 years.

He was preceeded in death by his wife JoAnn, his mother Mabel, and his Father Brad. Their union was blessed with five children. He is survived by his brother Tommy Appleton, his five children, Alexis Johnson, George (Carol) , David, Dauphe Taylor (Gene), and Steve (James), 10 grandchildren, and numerous great grand grandchildren, great-great grandchildren, sister-in-law, Francis Wynn of Philadelphia, and host of nieces, nephews, friends, and Annie Brown, special friend.

To send flowers to the family or plant a tree in memory of George Appleton, please visit Tribute Store