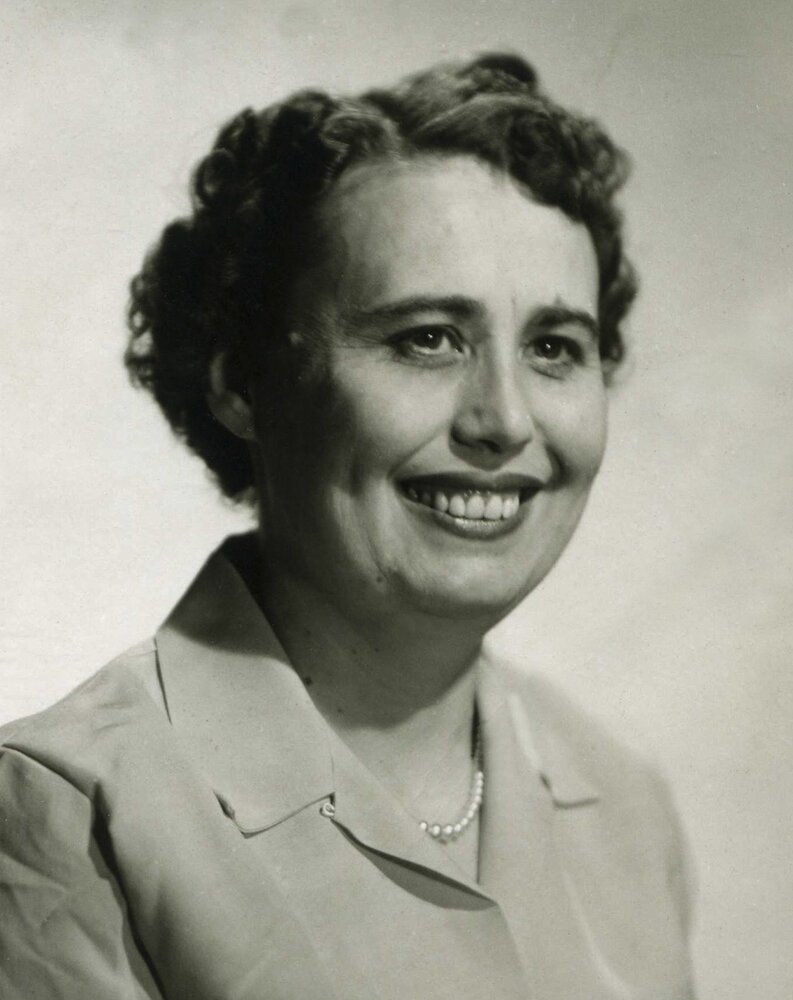 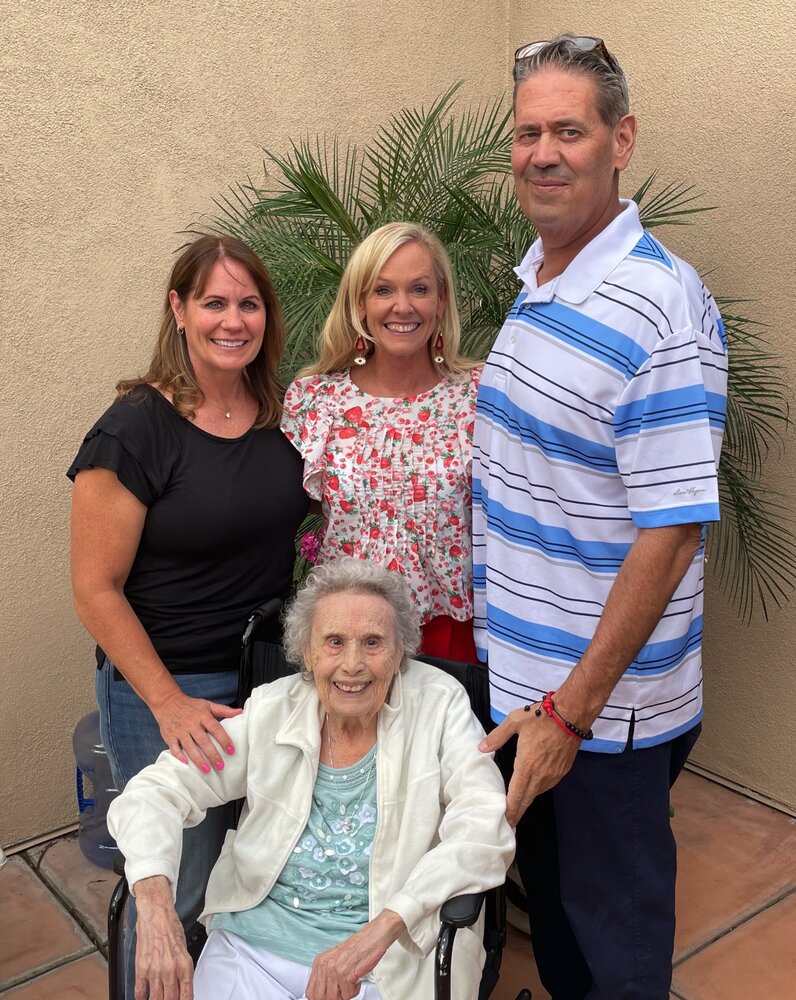 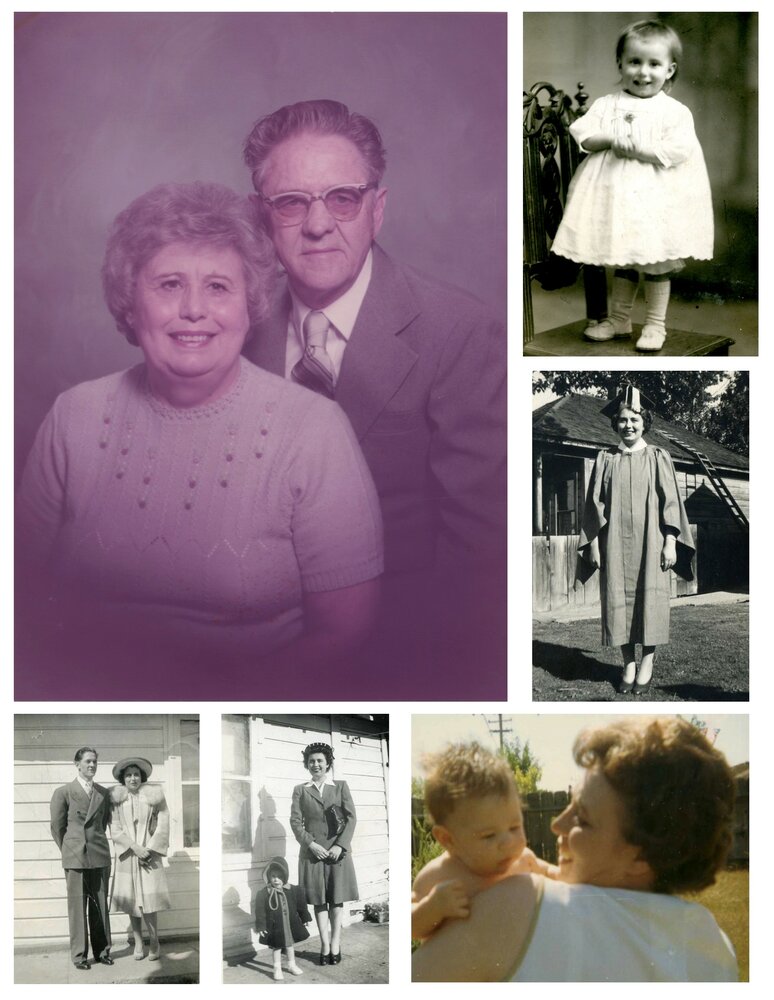 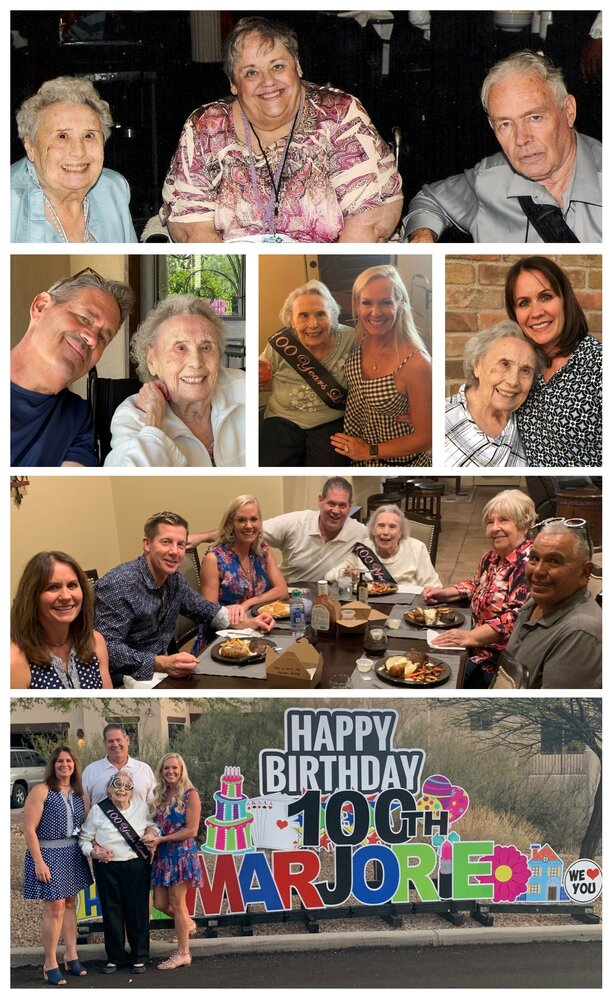 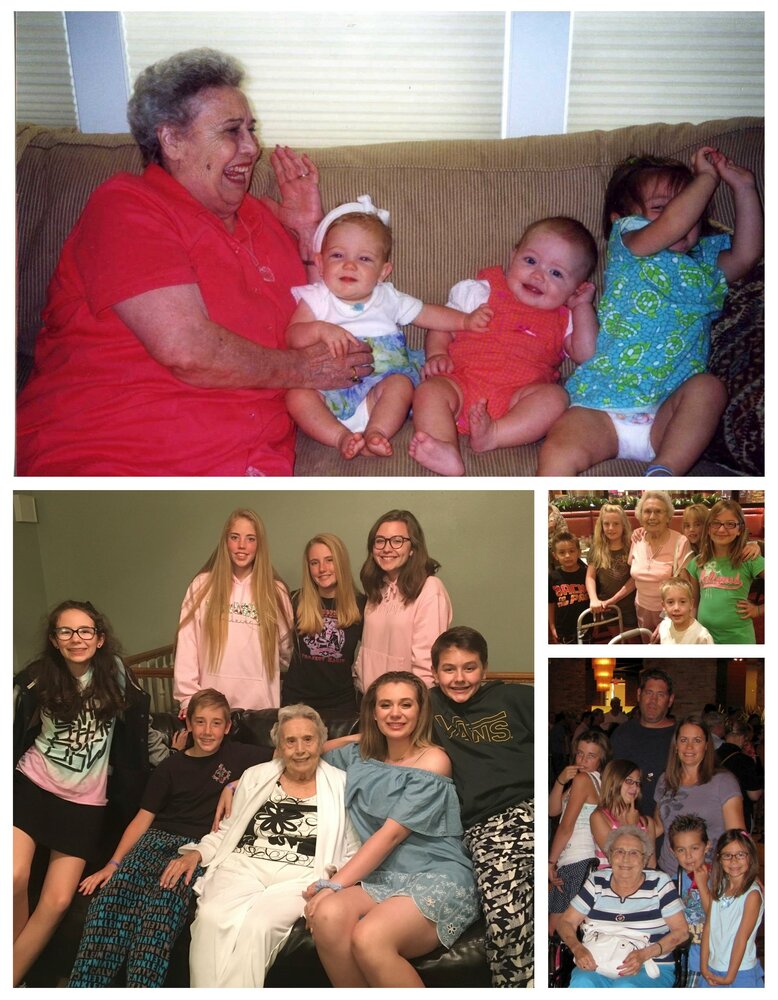 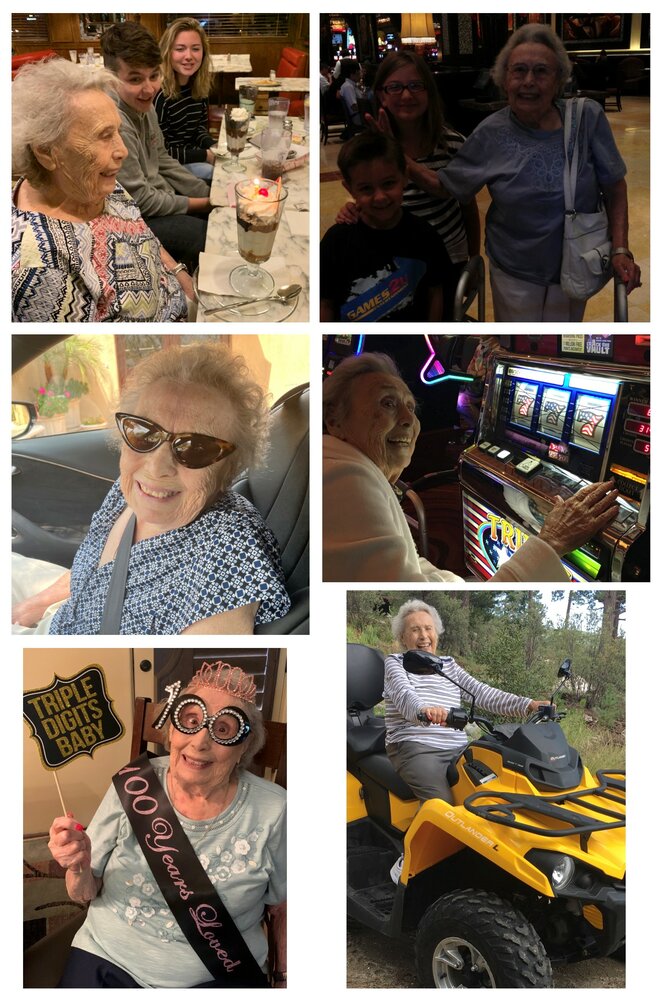 Marjorie (Huddleston) Handy, known to her family simply as "Nana," spent her 100 years of life loving (and being loved by) everyone around her. A woman of sincere faith, she passed peacefully in the early morning hours of September 1st, 2021, moving on to her eternal home, and reuniting with her many loved ones.

An English immigrant and daughter of a hard rock copper miner, Marjorie grew up in Butte, Montana, a self-described "spoiled" child. While attending Butte Business College, she was swept off her feet by the love of her life, Jacob ("Jake") Handy -- a handsome fellow student who she noted had "quite a swagger." They were married five months later. Their daughter Marjorie ("Marj") arrived the following year, just as Jake was shipping out to the South Pacific for three and a half years of service with the Army during WWII.

While Jake was overseas, Marjorie was asked to lead a small youth group at a local church. She agreed, and led weekly meetings with Bible study, prayer and games, soon seeing the group grow so large that she had to recruit friends to help.

After the war, Jake and Marjorie enjoyed their lives in Montana, raising their daughter and making memories with family and friends. Marjorie worked many years with Prudential Insurance, accepting an office manager position in 1963 with a move to Ventura, California. Jake enjoyed many years with the U.S. Postal Service as a mail carrier. Jake and Marjorie were avid members of a bowling league, and loved to spend time in nearby Santa Barbara.

But there was no love like the love Marjorie had for her grandkids, starting with Ed and Marj's firstborn Eric, and followed by Charlet and Susan. She was the quintessential doting grandmother, spending time with them every chance she could get. If you ever wanted to see Marjorie light up, just ask her about her grandkids. The same was true of her eight great grandchildren.

Jake and Marjorie enjoyed 56 years together -- living in Montana, Ventura, San Jose, Las Vegas and Denver -- before Jake's passing in 1998. They were particularly impacted by and enjoyed their involvement at Risen Savior Lutheran Church during their years in Denver. Despite the loss of her husband, Marjorie thrived in her next 22 years of life, moving to Florida in 2006, and then to Arizona in 2017. She "never dreamed" she would live to 100, and, ever since a near death experience earlier in life, she said she had no fear of death, only a peace about where she was headed.

Marjorie touched many lives over the years. She loved deeply. She delighted in reminiscing and telling a good story, one of her favorite phrases being "Oh, and I have to tell you." She had a great sense of humor and loved a good laugh. She would never miss an opportunity to visit the casino. She was fiercely devoted to her family. She loved to travel and had an adventurous spirit. She made a mean pasty, had a strong sweet tooth, and an intriguing fondness for honey mustard sauce. But more than anything, she loved to be surrounded by her loved ones, which she was, every step of the way. She will be lovingly remembered and greatly missed.

Marjorie's remains will be laid to rest, along with Jake's, in Fort Logan National Cemetery in Denver, where her family will host a small memorial service.

Marjorie was preceded in death by her parents George & Lillian, her three younger siblings Elizabeth, William & George Albert, by her husband Jacob, and by her daughter Marjorie Katherine Cromer.

She is survived by her son-in-law Ed Cromer in Florida, three grandchildren and eight great grandchildren -- Her grandson Eric Cromer in Florida and his daughters Peyton and Ella Rose, her granddaughter Charlet (Sean) Stanton in Florida and their children Savana, Alexis, Brooks and Briana, her granddaughter Susan (Josh) Gray in Tucson and their children Lauren and Lane. Also by her niece Sherrie (David) Garcia in Tucson and niece Peggie (Earl) Best in Butte, MT.

To send flowers to the family or plant a tree in memory of Marjorie Handy, please visit Tribute Store

Share Your Memory of
Marjorie
Upload Your Memory View All Memories
Be the first to upload a memory!
Share A Memory
Send Flowers