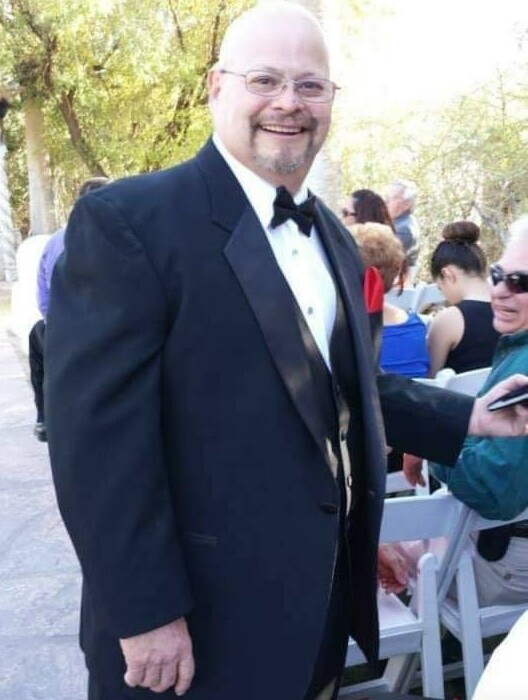 On Saturday, September 4, 2021, Robert Marcus Urenda Jr, loving husband, father, and grandfather, was called to be with our Lord. Robert (Bobby) was born on October 31, 1957 in El Paso, TX to Robert and Irma Urenda. He graduated from Austin High School in 1975 and married the love of his life, Irene, on April 14, 1979. They raised three children together, Lina, Danny, and Josie. The family relocated to Tucson, AZ in 1987 as Bobby pursued his career in transportation and logistics.

The Urenda household was always filled with love and laughter. Dad’s sarcasm and uncanny wit kept everyone on their toes, and his infectious laugh could encourage a smile from the gloomiest of faces. He was hard-working, but also carried a fun-loving spirit as he filled our childhood with camping trips, monster truck rallies, wrestling matches, and sporting events. Dad taught us various things in life such as: requirements of riding a rollercoaster include putting your hands in the air and screaming, you must have a signature dance move that always emerges at family parties, there is no need to take a nap when you can simply rest your eyes instead, the best jokes are the running gags that you bring up at family gatherings, it is imperative to start “the wave” while attending a sporting event, and that duct tape and WD-40 can solve almost any problem that arises.

However, it was the indirect lessons that had the biggest impact on those around him. He invested in people and friendships and took time to provide advice, support, and love to his family and friends. His loving and genuine radiance extended a magic that made everyone feel special. He had a big heart, always left generous tips, and supported local businesses. We will forever carry his memory, humor, and exuberant nature in our hearts.

To send flowers to the family or plant a tree in memory of Robert Urenda Jr, please visit Tribute Store
Tuesday
14
September