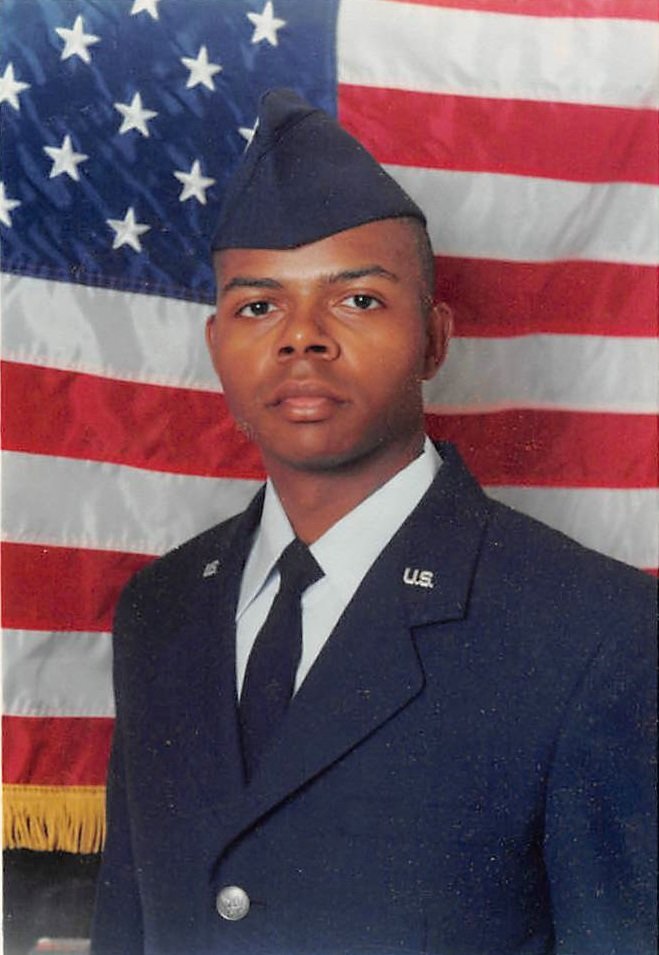 He was in the Air Force from 1991 to 1999 at which time he was stationed in England and Kuwait where he served his country proudly.

He was always the clown of the family. He kept us laughing all the time. As a kid he was nicknamed the Little Professor. He would always have to wear a vest and tie from the time he was in kindergarten.

He was a fantastic artist and always an honor student. He made it to a national spelling bee when he was in grade school. He was a fantastic roller bladder and athlete, including being on his high school long distance running team. He stole the spotlight at family gatherings. When he danced everyone stopped and circled him.

When he was younger he raised lop ear rabbits, he even taught them to walk on a least. He was a fantastic son, brother, father and uncle. He and his brothers J.C. and Eddie were always so close.

To send flowers to the family or plant a tree in memory of Peter Foster, please visit Tribute Store
Friday
6
August

Share Your Memory of
Peter
Upload Your Memory View All Memories
Be the first to upload a memory!
Share A Memory
Send Flowers