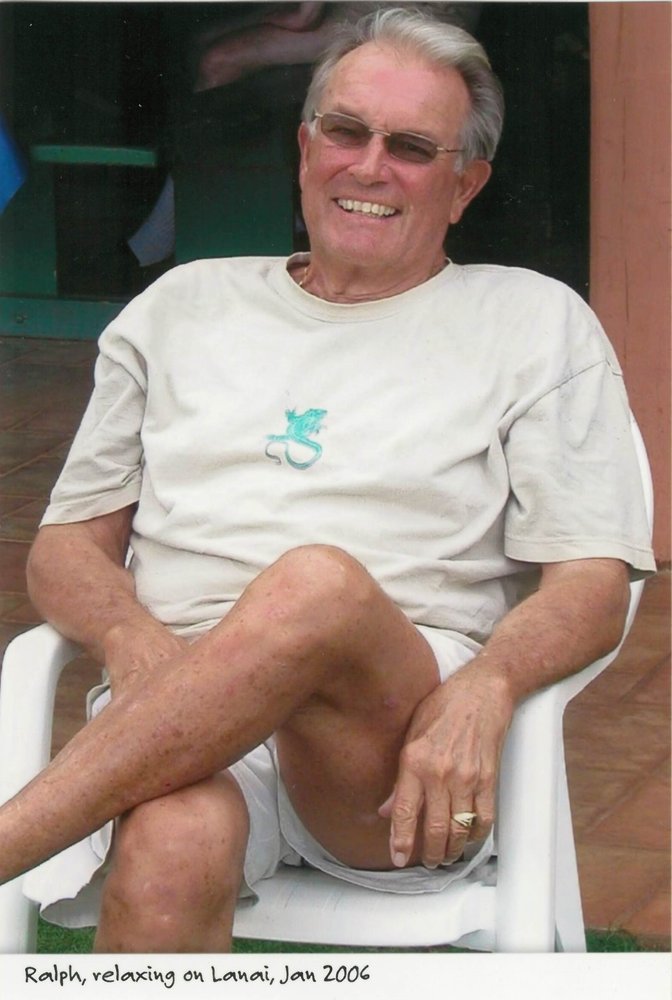 DARLING Jr., Ralph E., 85, passed away in his sleep in late May 2021 after fighting debilitating complications from his quadriplegia. Ralph was born in Washington D.C. to Ralph and Mary Darling in July of 1935, and was a kind and loving son throughout his parents’ lives.

Ralph attended St. Lawrence University in Canton, N.Y. where he was enrolled in ROTC, played on the tennis team, worked at KSLU Radio, and met his future wife, Mary Ann Shepard. After college, Ralph served as a Lieutenant in the US Army for a brief time before joining the family business at R. E. Darling Co. in Maryland in 1959. Ralph was a key contributor on the life support products the company produced for NASA on the Mercury, Gemini, and Apollo programs during the 1960’s.

Ralph was a devoted and caring father who attended all of his kids’ events as they were growing up, either as a coach or as a fan. The neighborhood kids in Potomac, Maryland thought of him as the cool dad because he was always out with his children teaching them how to ride a bike, playing catch, or going sledding in the winter.

Ralph relocated to Tucson, AZ with his family in 1977 when R. E. Darling Co. consolidated its operations at its Tucson plantsite, and he took over as President of the company in 1983. Ralph led the company’s success and growth in his role as President until 1995, when he transitioned to become Chairman of the Board.

Ralph married Debye Heimann in 1997 and became a stepfather to her young sons, Bradley and Taylor. Ralph meant the world to them, and to them he was just “dad”. Ralph was a strict but patient father, who guided his children to be respectful, kind, and giving. He always made sure that something important was learned along the way. The boys enjoyed his quick wit and humor, and he never missed cheering them on in sports.

Throughout his life, Ralph loved being outdoors, whether it was at the beach, hunting, fishing, or playing tennis or golf. He had a great sense of fun and adventure and he loved to travel, including road-trips around the U.S., basking in the sun in San Diego or Hawaii, and exploring foreign countries.

Ralph suffered a broken neck in an accident in 2009, which left him paralyzed from the chest down. Despite this, Ralph maintained his good-natured way and sense of humor throughout his lifetime. His will to live a long, full life and his desire to walk again after the accident were truly inspirational to all who knew him.

Love and gratitude go out to close family friend Abby Hungwe, who helped care for and support Ralph for many years after his accident, and to the Barkley family, Weston, Randi, and River, who have loved and looked out for Ralph and Debye over the past few years. The family also wishes to thank the nursing staff at Bayada Home Health Care for their care and support for so many years

To send flowers to the family or plant a tree in memory of Ralph Darling, please visit Tribute Store

Share Your Memory of
Ralph
Upload Your Memory View All Memories
Be the first to upload a memory!
Share A Memory
Send Flowers