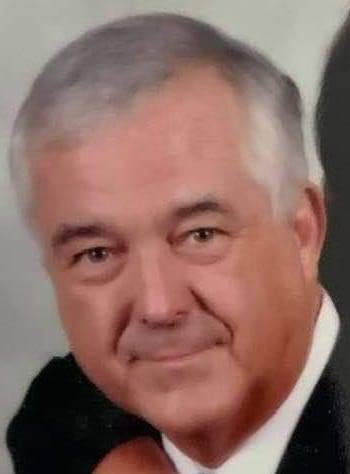 Robbee Gale Robinson was born to Elmer “Robbie” Leon Robinson and Gladys Elizabeth Robinson on September 16, 1953, in Lynwood, California. He was just six minutes older than his twin brother, Robin. Robbie and Gladys had been told they were unable to have children and were surprised and thrilled to welcome twin boys after 11 years of marriage. Elmer was a Fuller Brush salesman, and he relocated his family to Tucson in 1959 after a promotion to Field Manager for Southern Arizona.

As a child, Robbee enjoyed Boy Scouts, camping, and bowling. He sang in the choir at United Methodist Church in Tucson and attended school at Duffy Elementary, Townsend Middle School, and Rincon High School. The Robinson Family returned to California while he was in high school and he graduated from Los Alamitos High School, where he played football and wrestled.

After high school Robbee attended Cypress Junior College and worked at a local bowling alley. While working he met Andrea “Andy” Lewis, who was visiting from London. The two wed in Mission Bay, California, in 1973.

Robbee managed several bowling alleys in CA before happily accepting a promotion and moving back to Tucson with his wife and four children in 1985. There, he managed Tucson Bowl and helped design and build the North West Bowling facility as well as another bowling alley & restaurant in Culiacan, Mexico. He went on to manage the Eastside Lakeside Sports Club, where his children were all avid swimmers. Later he worked for the City of Tucson managing Randolph Golf Course while also earning a real estate license and working in that industry for 20 years.

As a family, the Robinsons enjoyed traveling and especially camping, progressing from leaky tents to small trailers and eventually a luxury RV coach. They explored Patagonia, Las Vegas, Mexico, and the White Mountains, and once took a three-month trip through ten states. Andy’s U.K. homeland was another exciting destination. They also loved the holidays, and their eastside home was known for its elaborate Christmas displays.

Robbee had many different hobbies and interests. He was a big fan of the Dallas Cowboys. Along with Andy, he took up ballroom dancing in 2003 and won a dancing competition in 2005. He also loved vehicles of all sorts. He owned a white 1969 Datsun Roadster while dating Andy, and later purchased an MG and a Thunderbird. Robbee also earned a Commercial Driver’s License and drove a school bus for two years while waiting for Andy to retire. Most recently he acquired another 1969 Datsun Roadster in red. He enjoyed going to car shows during his travels and liked watching the Barrett Jackson auctions on television.

Robbee is remembered by his family and friends as an extremely hard-working, family-oriented man of integrity who was always ready to help anyone and everyone. His good-natured, funny, life-of-the party attitude was beloved by all who knew him. He had the amazing knack of turning awkward situations into times of comfort and ease, and he always looked for the positive in life. Over the years, he led his many employees by example and earned their utmost respect. He instilled these same philosophies in his children, and they are now reflected in his older grandchildren.

Share Your Memory of
Robbee
Upload Your Memory View All Memories
Be the first to upload a memory!