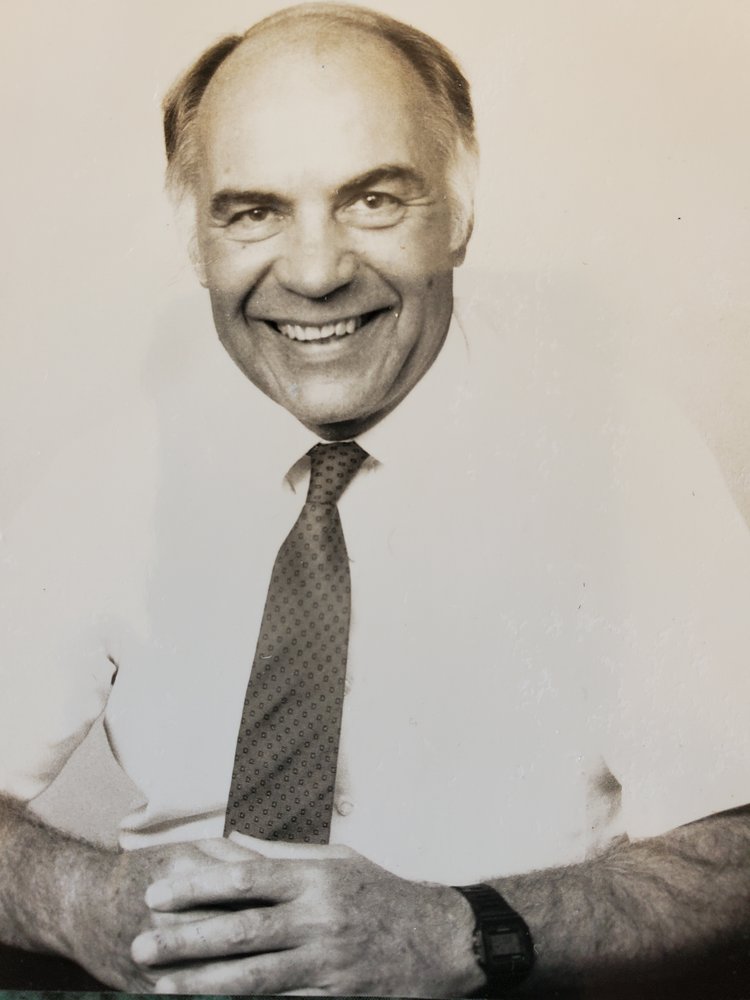 Clinton Ronald Gaylord passed away May 14, 2021 at Kanmar Place, a Casa de la Luz Hospice, in Tucson, Arizona. Clint was born in Peoria, Illinois. He graduated from Manual Training Highschool in 1950. Clint played football in high school and graduated with honors in science and math. His son, Bill, wrote “Growing up in the projects of Peoria, Illinois, in an era of bigotry and racism, he never displayed any hatred towards anyone. This was passed down to his children through example. He believed all people are equal and could be who they want to be given personal effort.”

Clint received a full need scholarship offer from Dartmouth College, paying tuition, dorm room, books and a job commitment for meals working in the cafeteria two hours daily. He accepted and arrived on campus, sight unseen, played four years of football, and graduated in 1954 after majoring in business/engineering. The degree led to a brief 4-month career start at Inland Steel Company, East Chicago, Indiana that was interrupted by a draft notice, stating Clint’s number was coming up. He elected to enroll in the Navy’s Officer Candidate School (OCS) rather than be drafted into the Army. During his 3-year Navy career, he was trained in Explosive Ordinance Disposal (EOD) becoming a qualified diver and explosive expert. EOD school trained Army, Navy and Airforce men in disposal of bombs and artillery shells, plus Navy personnel were trained in torpedo and mine disposal and deep-sea, or full gear diving, as well. He became a torpedo disposal instructor the last one and a half years of his Navy career.

Upon leaving the Navy in 1958, Clint’s IBM career began in Endicott, New York. He moved many times, as job changes and promotions took him in new and different directions, finally arriving in Boulder, Colorado in 1965. While living in Boulder, Clint held season tickets to CU football. He was a huge fan! He also coached his two sons in Little League Baseball, played golf, tennis, and enjoyed skiing. In 1978 he and Donna were married combining their two families, Clint’s four children and Donna’s three. Their forty-three-year marriage in Clint’s words, was a union of “amazing harmony.” In 1979 after many talks, a survey trip provided by IBM, they moved to the new IBM plant in Tucson, Arizona.

Life in Tucson was full of new adventures, adjustments, new friends, lots of golf, tennis, Bridge potluck groups, and season tickets to U of A basketball games. Clint continued working for IBM until 1991. He had spent thirty-three years with the company, so was ready to move on to “new things”. Some comments from letters Clint received from fellow employees at his retirement, state how very much appreciated and respected he was. These include:

“You always have a smile, are charming and unassuming, and display humility and respect in all your working relationships”

“You are a man of wisdom, integrity, and accomplishment...”

“You never engaged in politics for cynical or self-serving ends”

“You believed there can be a path that leads to both individual fulfillment and corporate success.”

During his retirement years, Clint turned to his joy of woodworking, building furniture for the kids and grandkids, learning the wood artform of Intarsia, and doing tent art fairs with Donna, showing, and selling her art. He also volunteered with SCORE to help individuals start their business. In 2001 they built a modest home in Flagstaff, Arizona (four hours from Tucson) to escape Tucson’s hot summer. Now they were “Snowbirds,” having the best of both summer and winter. Clint always believed “If you do your best, good things will happen.” Plus, “Always take advantage of the lucky things that come your way.” He was indeed a wise, strong, giving, and wonderful man.

Clint is survived by his wife, Donna, 4 children, Beth, Judy, Bill and Mike, their spouses, his stepchildren Kirsten and Andrea, and their spouses, plus ten grandchildren. He was pre-deceased by stepson, Eric, and grandson, Devon. In memory of Clint, donations can be made to Casa de la Luz Foundation at 5049 East Broadway Blvd., Suite 400, Tucson, AZ 85711 or casafoundation.org.

To send flowers to the family or plant a tree in memory of Clinton Gaylord, please visit Tribute Store

Share Your Memory of
Clinton
Upload Your Memory View All Memories
Be the first to upload a memory!
Share A Memory
Send Flowers