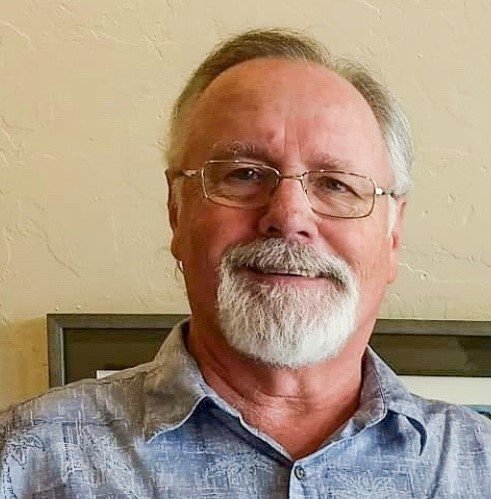 He was preceded in death by his parents, David Clark Putman and Margaret Jean Putman of Midland, Michigan, and Cresskill, New Jersey.

Rich spent his youth in Michigan and New Jersey and graduated from Cresskill High School, class of ’69, Cresskill, NJ. He joined the US Army and received an honorable discharge after serving stateside and in Germany.

In 1984, Rich moved to Tucson, AZ, to be near his sister and her family. He loved the desert and warm winters, often saying he didn’t miss shoveling snow in Michigan.

Rich had a successful career as service writer for motorcycle, automotive dealerships and an auto repair shop. He later worked in communications sales, retiring from Cox Communications, Tucson, after more than 10 years. At Cox, Rich earned awards and accommodations for outstanding service.

In retirement, Rich pursued his love of riding motorcycles as well as listening to classic rock music and accompanying it on his set of drums. He was an avid car racing and sports fan, following University of Arizona sports, as well as his favorite teams Detroit Tigers and Detroit Red Wings. Retirement also gave Rich the time to pursue his interest and talent for building, remodeling and repair. He enjoyed working on home projects and was always ready to help neighbors, family and friends.

A life interrupted too soon, Rich will be remembered for his warm and friendly demeanor, vast interests, and open heart. He loved people and our country. He will be missed by all who knew and loved him.

A celebration of Rich’s life may be planned in the future. In lieu of flowers, the family requests donations to Habitat for Humanity, Tucson, AZ, in honor of Rich’s passionate belief

that everyone should learn basic home improvement skills, to maintain the roof over their head and appreciate and conserve the environment.

Share Your Memory of
Richard
Upload Your Memory View All Memories
Be the first to upload a memory!