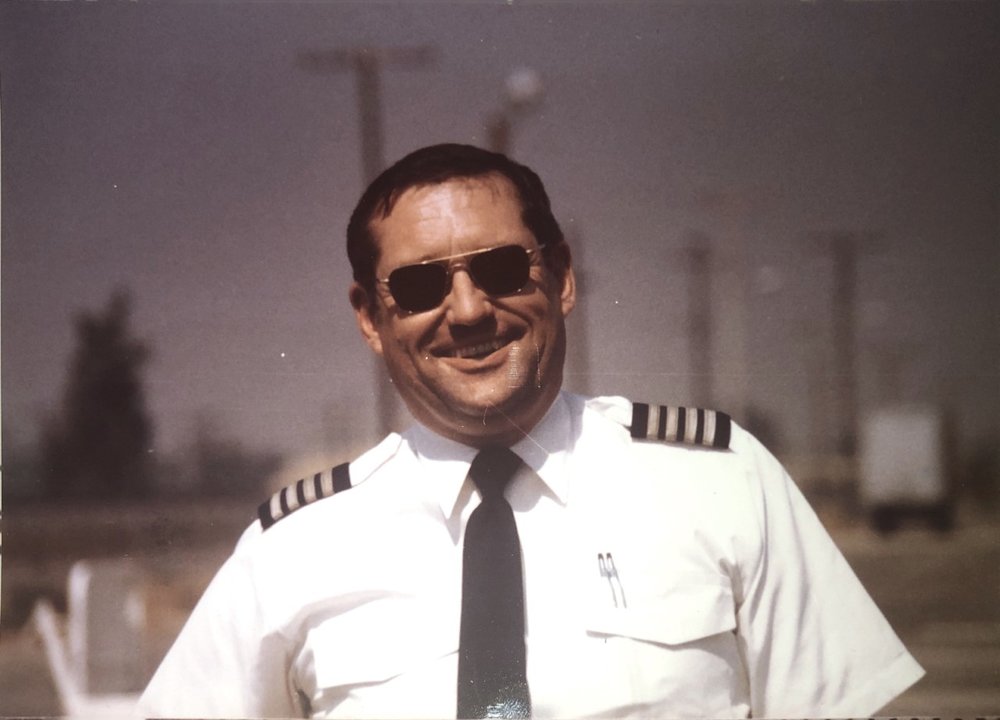 Richard John Carlson, age 78, a resident of Tucson, AZ, passed away at his home on Wednesday, November 4, 2020. He was born May 5, 1942 to Clarence and Ruth (Falquist) Carlson in Everett, Washington. After graduating high school from Lake Stevens, Washington, Richard honorably served his country in the United States Air Force until he was discharged and moved to Tulsa, Oklahoma. There, he met and married his wife of 55 years, Joan.

Tulsa is also where his long and distinguished career in the aviation industry began. That career included obtaining his commercial pilot’s license while working for American Airlines as an aircraft mechanic, and then working his way through the cockpit as a Flight Engineer, First Officer, Captain, and also serving as a Check Airman, Chief Pilot, and Director of Ops with companies such as Intermountain Airlines, Sierra Pacific, Air Transport International and Omni Air International. During his years as a pilot, Richard earned certifications to fly a long list of different aircraft including Convairs, Electras, DC-3s, Boeing 727s, DC-8s, and DC-10s, and flew around the world until he retired in 2001. He maintained his aircraft mechanic A&P certification throughout his entire career, even after he started flying. His career also took him and his family to live in many places – Michigan, Arizona, Arkansas, Oklahoma, and Florida – making wonderful friends along the way in each place, but it was Tucson that always felt like home, and he and Joan retired there in 2001.

At home, he was a mechanic and builder at heart, often tinkering away with his many projects when he wasn’t flying. Rebuilding airplanes, motorcycles, cars, trucks, tractors, or anything that had moving parts - no matter how big or small – there was nothing he couldn’t fix. His love of all things mechanical is what inspired his daughter to become a mechanical engineer. Richard is survived and will be greatly missed by his wife, Joan; daughter, Amy Gomez and husband Jaime of Lake Charles, Louisiana; one grandchild, Erik Gomez; two sisters, Dorothy Evans of Twisp, Washington and Joanne McInnis of Winthrop, Washington. He was preceded in death by his parents.

Per his request, no service will be held.

To send flowers to the family or plant a tree in memory of Richard Carlson, please visit Tribute Store
Print
Share A Memory
Send Flowers