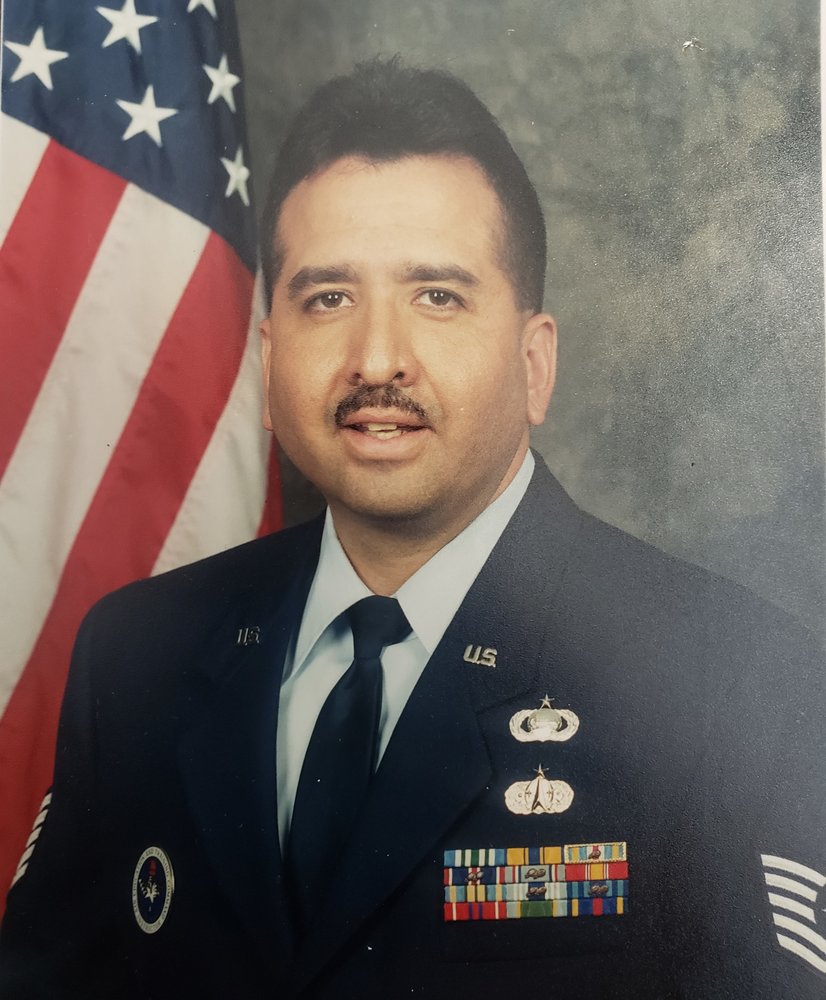 He was the second oldest of five children, he was born on October 19, 1963, in Phoenix, Arizona, to Alphonso Sr. and Mary Carrasco. He was known to many family and friends as “Baby Al” and “Roscoe.”

Al served in the United States Air Force for 22 honorable years as a Senior Operations Controller. He traveled the world for his country and made many friends in foreign lands. He served in many places and left each one better than he found it. His duty station assignments included Lackland AFB, TX; Fort Meade, MD; Goodfellow AFB, TX; San Vito, Italy; Misawa AB, Japan; Corry Station, FL; Osan AB, Korea; Davis Monthan AFB AZ; and Buckley AFB, CO. After retirement, he worked for Raytheon Technologies in Tucson.

Al was an avid runner; he enjoyed working on the restoration of classic vehicles, boxing, playing basketball, volunteering, and reading. He was a lifelong fan of the Arizona Cardinals and all the Rocky movies.

The entire extended Carrasco family would like to say a special thank you to all the caregivers, nursing home staff, nurses, doctors, and others who helped make Alphonso’s final days comfortable and peaceful.

To send flowers to the family or plant a tree in memory of Alphonso Carrasco, please visit Tribute Store

Share Your Memory of
Alphonso
Upload Your Memory View All Memories
Be the first to upload a memory!
Share A Memory
Send Flowers