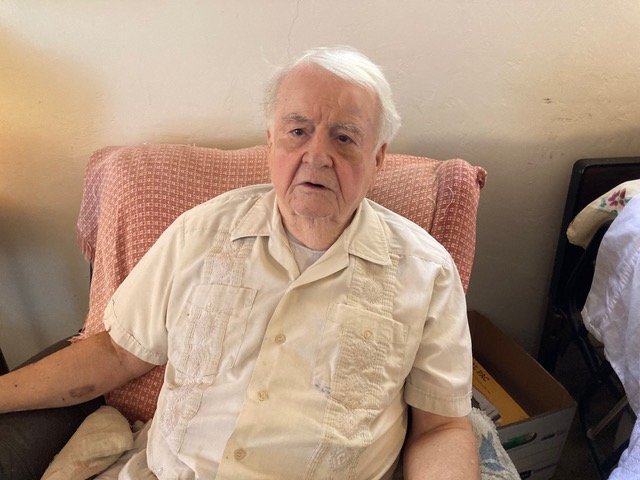 David George Hawkins, 90, passed away peacefully at home in Tucson on October 9th, 2020. His departing wish was to express appreciation to everyone who touched his life. He was born on March 27th, 1930 in Waterman, Ill. Due to his father’s illness, the family moved to Tucson where David enrolled in first grade at Amphitheater. He graduated from Tucson High School and then the University of Arizona with a Master’s in Education. His favorite part of school was playing saxophone in many bands, which he supported with his fundraiser: U of A Varsity Show.

David served during the Korean War as an Army rifleman. He proudly served Arizona as a three-term state legislator during which he balanced the state budget, established the U of A medical, school, and improved civil rights and mental health facilities.

He began working at age 12 as a delivery boy and continued until his retirement from teaching in Tucson District 1. He fully enjoyed the 20-30 club, 1976 Mountain Men, and American Rabbit Breeder’s Association.

David was married to his beloved wife, Frances Danielson, for 57 years and loved his two stepdaughters.

David is survived by his stepdaughter Linda Sue, brother Ivan (Venice), and other family and friends. David is preceded in death by his parents George and Gertrude Hawkins, his wife Frances, and stepdaughter Kathy Lou.

He will be remembered for his service as an Arizona legislator, veteran, teacher, and husband. Visitation will be from 1:30 – 2pm with the memorial Service beginning at 2pm at Adair Funeral Home, 1050 N Dodge Blvd. Graveside Service at 4pm, South Lawn Cemetery, 5401 S. Park Avenue. Celebration dinner at 5:30pm TBA.

To send flowers to the family or plant a tree in memory of David Hawkins, please visit Tribute Store