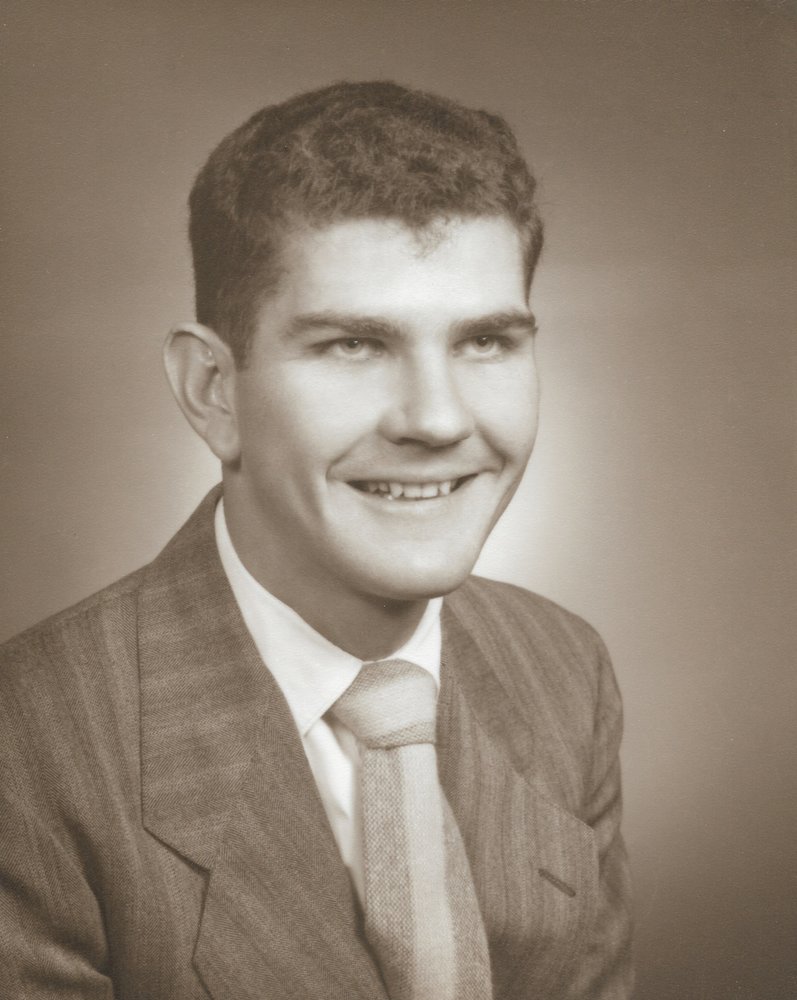 Loren D. Hamlin, age 92, passed away peacefully with his family at his side on 8/22/2020. He was married to his loving wife, Marjorie Hamlin, for 70 years. He is survived by: five children – Loren (Imelda), Marjorie (Dana Blodgett), James (Victoria), Karon, and Mark; seven grandchildren – Joshua, Nicholas, James, Diana, Michael, Tanya, and Dasha; seven great grandchildren – Flower, Jaydyn, Rylyn, Avery, Tanner, Drake, and Blake; and one great great grandchild – Morgan. He is preceded in death by two children – Joseph and Joanne. Loren was born and raised in Linton, Indiana, as the youngest child of a family of nine children. He served in the Navy before graduating from Indiana State University. Loren moved his family to southern California in the 1950s and then to Tucson in 1971, where they established a home and group of friends that remain a half century later.  Loren enjoyed a long career as a mechanical engineer and program manager in the aerospace industry, eventually retiring from Hughes Aircraft. He lived an active, outdoor life, enjoying hunting & fishing, and was an avid gardener.  In his retirement, he enjoyed traveling the world with his beloved wife, Marjorie. He was an enthusiastic amateur astronomer, and shared his interest in the science by volunteering as a docent with his wife at Kitt Peak National Observatory. He also loved to share his knowledge of the constellations with friends and family while enjoying the clear Arizona skies from his home. He took great pride in his family, and thrilled in watching his children, grandchildren, and great grandchildren grow. Husband, Father, and Friend, Loren will be deeply missed and remembered daily in our hearts and prayers.

To send flowers to the family or plant a tree in memory of Loren Hamlin, please visit Tribute Store

Share Your Memory of
Loren
Upload Your Memory View All Memories
Be the first to upload a memory!
Share A Memory
Send Flowers