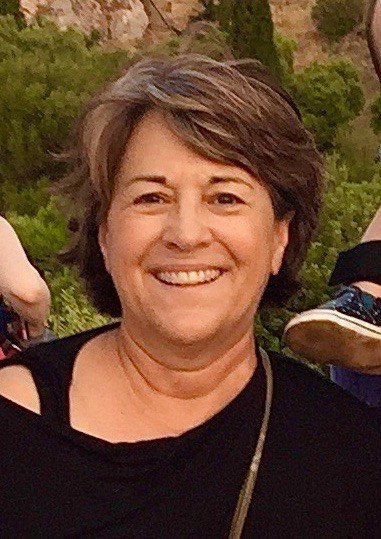 Born July 12, 1957 in Phoenix, Arizona, Judy spent her life as an Arizonan, growing up in Phoenix before attending the University of Arizona where she met her husband Paul. After marrying in 1981, Judy and Paul moved to Kearny, AZ. Judy and Paul had two children, Bryant and Carolyn. Together, Judy and Paul, farmed and founded a mining and construction company, Smithco Enterprises, Inc, which Judy continued to run after Paul’s death.

Judy was a fierce friend and loving mother who was always willing to lend support and comfort during times of need and valued both the large and small moments with her friends. She spent 10 years courageously battling cancer, but she never hesitated to put her struggles aside to spend time with those she loved. Judy strove to enrich the lives of not only those around her, but her community. In the wake of Paul’s death, she established a foundation which provided meals to families facing cancer battles (PB&J with Love) and many grants to local charities. Facing her own cancer battles just three years after losing her husband, she approached breast cancer in much the same way she did life, with vigor and knowledge. After battling breast cancer she was diagnosed with Leukemia, only to have the breast cancer later return and spread. Judy was a fighter through and through and refused to let the cancer define her. Over the last ten years she saw both her children get married and became a beloved Grammy to four wonderful grandchildren. No matter how she felt after treatments, she mustered energy to play endless amounts of baseball, tea parties, bake cookies and go on “Grammy adventures. Judy cherished her friends dearly and took great joy in traveling to new countries and cities with her friends, getting to together for girls’ weekends, walks around her neighborhood and even recently Zoom book club. She lived a full life despite all her battles and there is no doubt that she made life fuller for all those she knew. Judy is survived by: her son, his wife, and their two children, her daughter and son-in-law and their children, her father and mother, and two siblings. Judy was a loving and strong wife, mother and friend who will be missed by many.

To send flowers to the family or plant a tree in memory of Judy Smith, please visit Tribute Store

Share Your Memory of
Judy
Upload Your Memory View All Memories
Be the first to upload a memory!
Share A Memory
Send Flowers