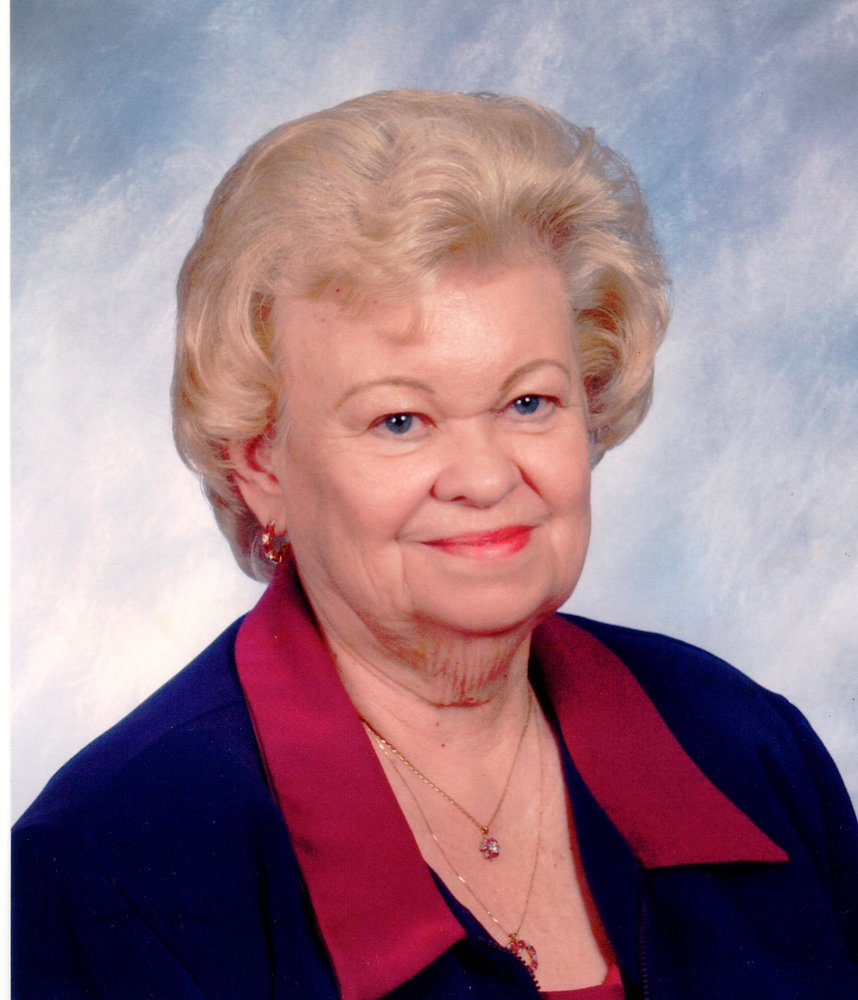 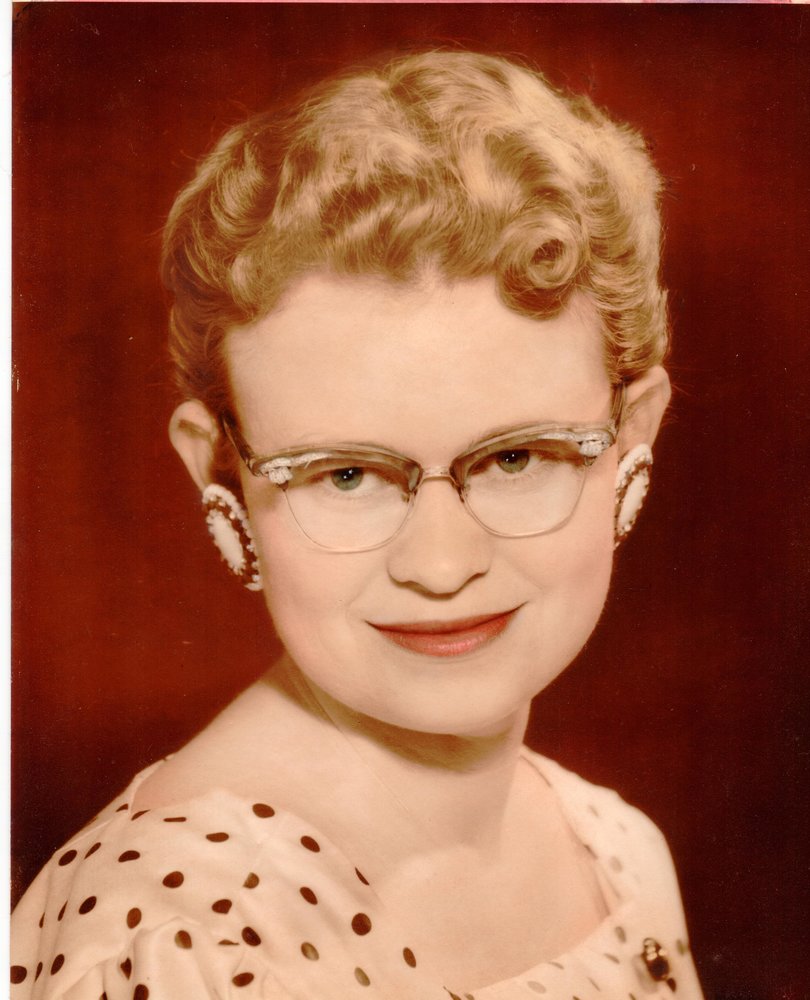 A heavenly chorus welcomed faithful daughter and Soprano Ray Ann Wright home on July 24th, 2020, after a short illness. Her positive outlook, hearty laugh, and caring attitude will be missed by her many  friends. Her children and grandchildren are grateful for her loving examples of forgiveness, charity, and generosity. She impacted the lives of thousands of children and colleagues during her 50-year career as a music teacher, second & third grade teacher, school principal, and an adjunct professor.

Ray Ann was born in Gainesville, Texas July 8, 1932, to Raymond B. Allen and Anna Beck Allen. The family moved to Portales, New Mexico, where the Allen’s’ owned and operated the R.B. Allen Lumber Yard. The  family entertained a wide circle of friends for bridge games, fish fries, and dinner parties. Ray Ann spent many happy summers on family trips to Northern NM that often included her cousin, Elizabeth Hughes, with whom she was very close.

In 1953, she moved to Lovington, NM to teach elementary school music. Friends recall her playing the piano with great enthusiasm at community parties. She met Jerry Wright, the then Mayor of Lovington, at a dance. They were married June 13, 1956 and had two sons together--Allen and Steven.

Ray Ann taught second and third grade in Lovington for 25 years before becoming  Principal of Jefferson and Lea Elementary Schools from 1984-1995. She served as an officer in the Kiwanis Club of Lovington, Delta Kappa Gamma Society, Lambda Chapter and Epsilon Sigma Alpha Chapter; the NEA, NMEA, the Lovington Education Association, the New Mexico Association of Elementary School Principals,  the Caprock Chapter of the DAR and the Order of Eastern Star. Among her many honors were Lovington Public Schools Teacher of the Year, 1989; Lovington Citizen of the Year, 2003, and  NM Outstanding Jr. Member of DAR, 1967.

Beyond her family, Ray Ann’s greatest devotion was to her faith. She joined the Lovington First United Methodist Church in 1956, where she served as Assistant Chancel Choir Director, a member of the Jubilate Bell Choir, Children’s Choir Director, a VBS and Sunday School teacher, Lay Leader, Worship Chairperson, and Walk to Emmaus Director. Like many teachers, if she saw a child in need, she bought winter coats, clothing, and shoes. She performed good deeds anonymously, so we know only a fraction of the things she did, but we are grateful for, and blessed by, her example.

Ray Ann loved to travel. As a college student, she and two other friends drove cross country from Portales, NM, to attend a music conference on the East coast. They toured New York City where they created quite a stir in their colorful patio dresses and turquoise jewelry. After Hurricane Barbara struck Virginia, they bailed water out of the trunk of her car, surveyed the flattened corn fields, and continued on to Chicago. She and Jerry enjoyed trips throughout the 1960’s and 1970’s to the mountains in northern New Mexico and Colorado in the family’s trusty Shasta travel trailer. Jerry painted and fished with Allen and Steven while Ray Ann worked on lesson plans and sewing projects. She was thrilled to see and feel the launch of  the STS 77 Space Shuttle Endeavor lift off in 1996 with her granddaughters Erin and Kelsey. She also loved to go on shopping adventures in Lubbock, TX, with her granddaughters Chriss and Allyssa. Decades later, she returned to New York City to perform in Carnegie Hall as part of a regional Community Choir. She greatly enjoyed her travels to Great Britain and the Holy Lands.

Music was a huge part of her life. It both brought her great joy and allowed her to impart it to others. She was part of the ENMU marching band; taught music, directed choir, and enjoyed opera, classical music, Broadway shows, and theater of all kinds.

She would wish for us to enjoy each other’s company, life, music, and experiences, and go out to lunch as often as possible! She had a sense of wonder at the beauty and vastness of the world, remarking on all that’s in creation. Her deep passion for her community, caring for her students, and her love of friends and family resonate and remain. She maintained a positive attitude and exhibited kindness in all circumstances. She modeled braveness and strength and took great satisfaction in keeping up with the success and stories of her students. Wherever she went in her hometown area, she was known and loved by her former students.

She cherished her children and grandchildren. Survivors include son Allen (Nancy) Wright of Tucson; son Steven (Debbie) Wright of Las Cruces, and grandchildren Erin and Kelsey Wright; Chriss and Allyssa Wright; Fatima Jimenez and Angelic Villa, and great grandchildren Faith and Albert Villa; Jonathan and P.J. DeLaTorre. She was preceded in death by her husband, her parents, and the late Irma Lee Cauldwell, Imogene Hanners, and Peggy Jo Kruse, dear long-time friends.

The family wishes to thank the staff at TMC, Northwest and Oro Valley Hospitals, the Encompass Rehabilitation Center, doctors and staff at the Center for Neurosciences, and staff of the Country Club of La Cholla in Tucson, AZ. The family also wishes to thank Ray Ann’s many friends in NM, including Alice and Mike Mainello.

To send flowers to the family or plant a tree in memory of Ray Wright, please visit Tribute Store

Share Your Memory of
Ray
Upload Your Memory View All Memories
Be the first to upload a memory!
Share A Memory
Send Flowers