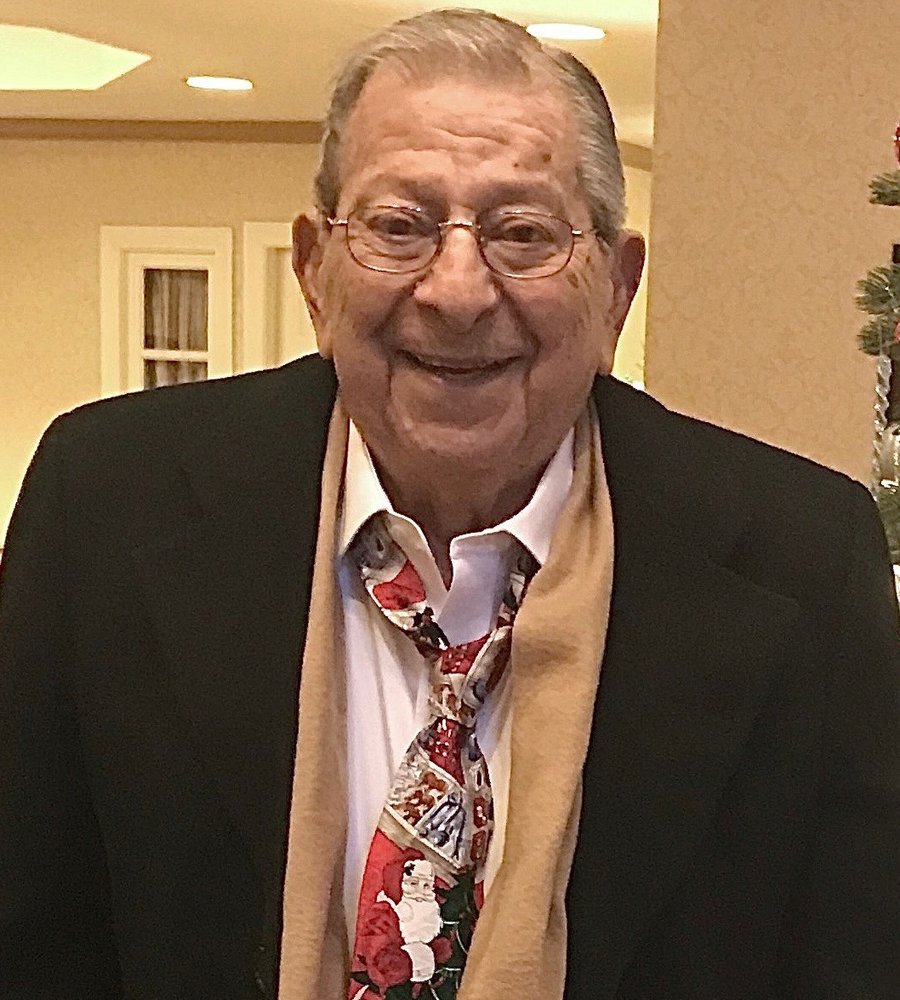 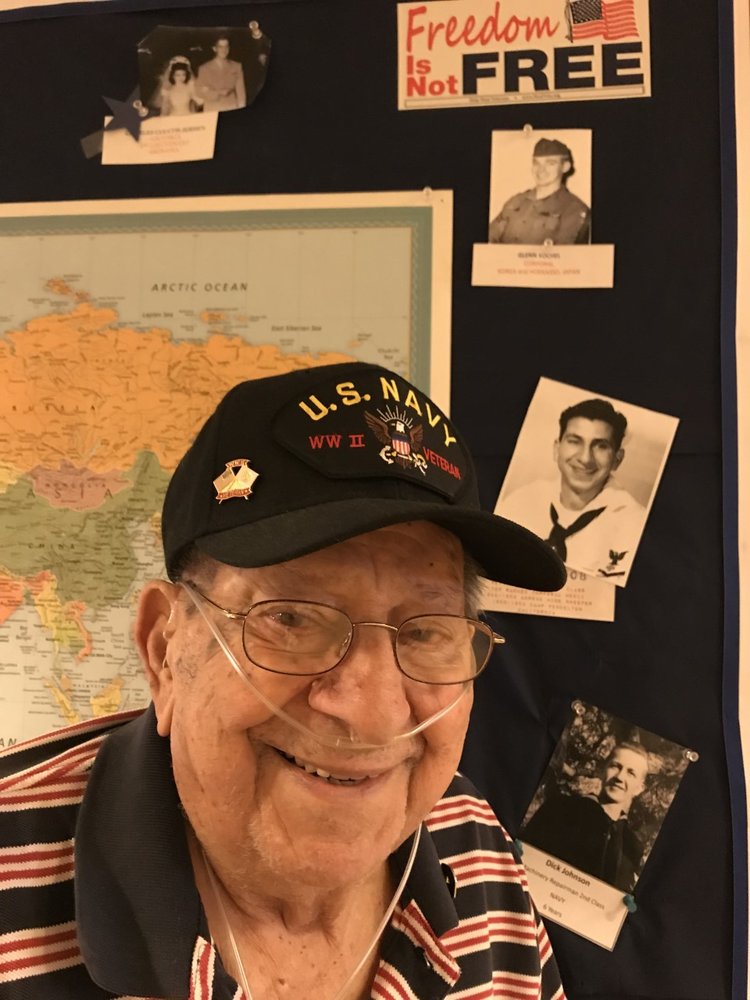 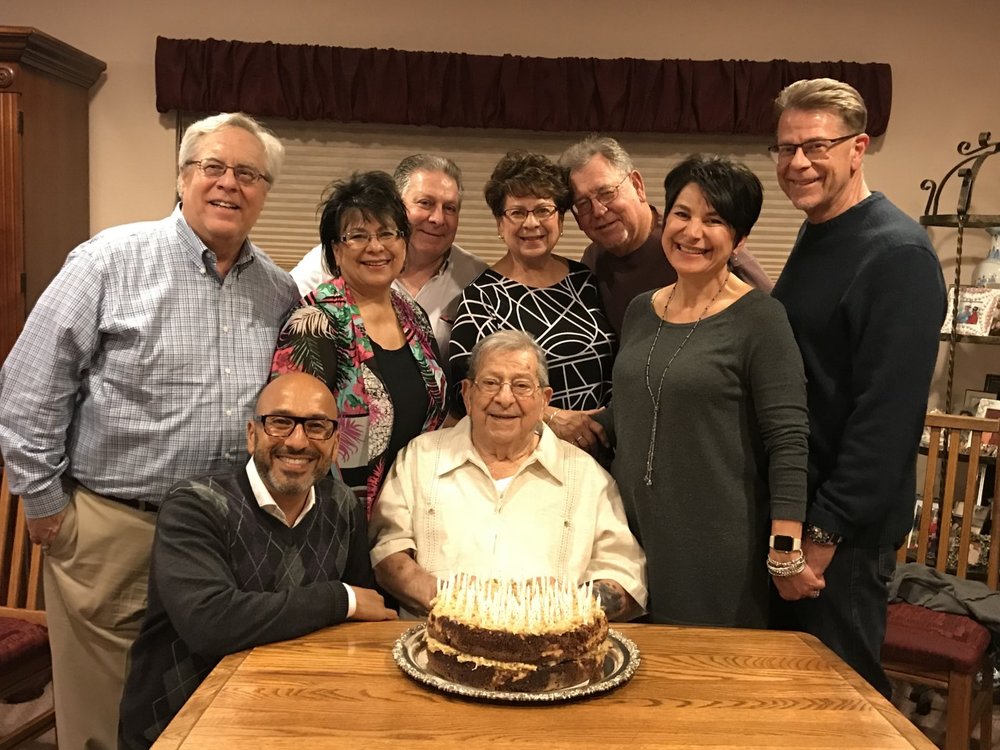 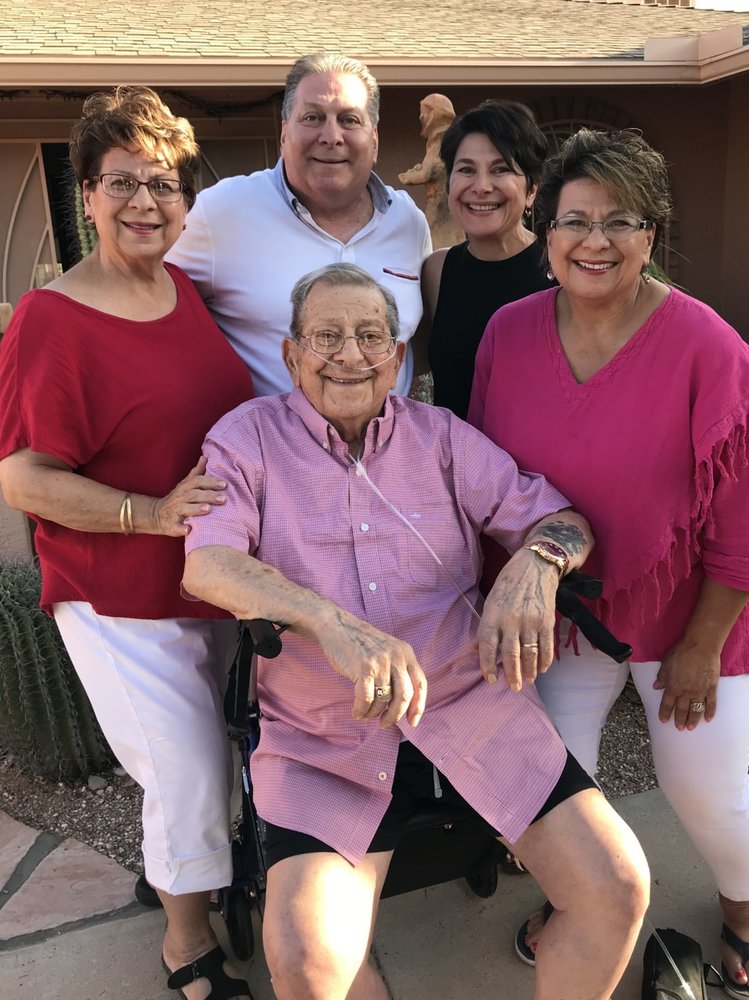 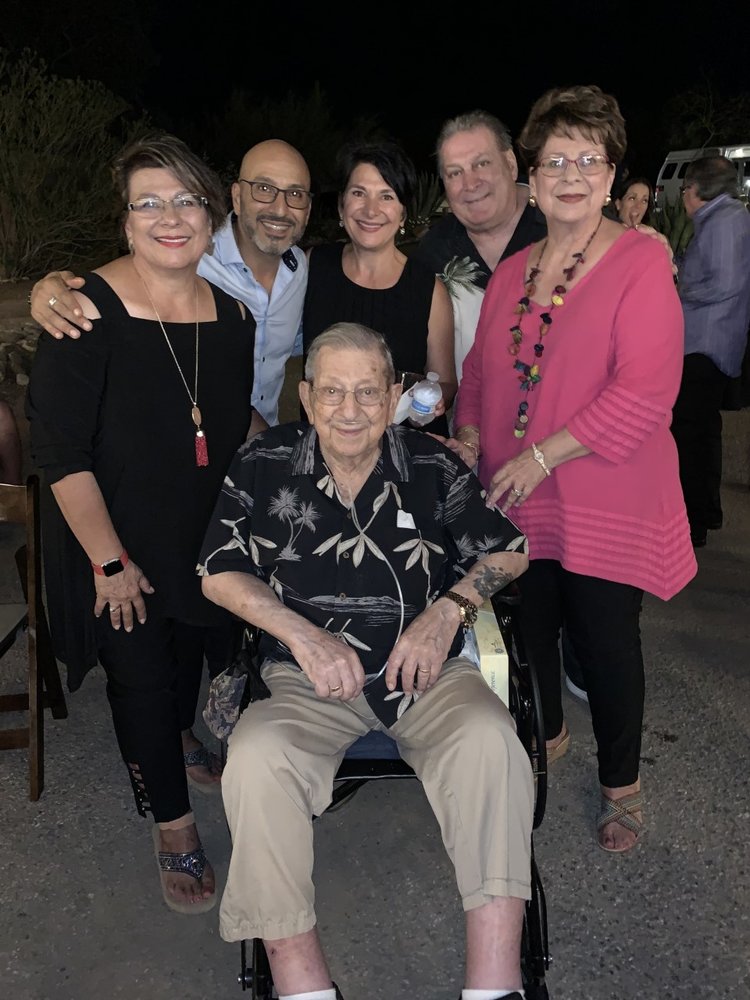 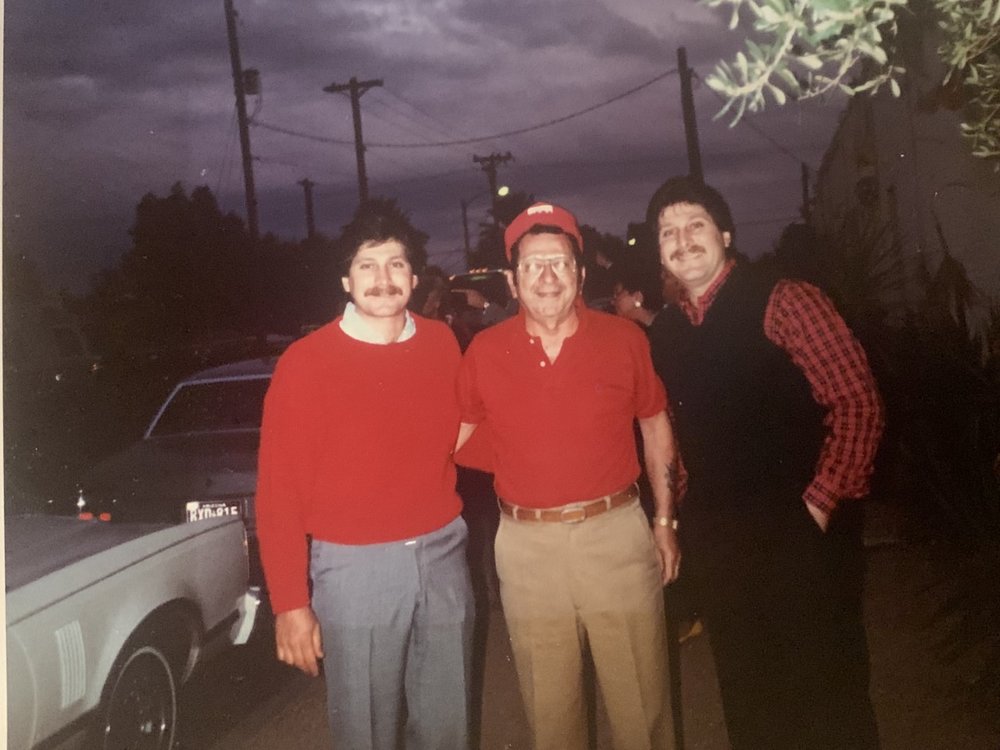 John Edward Jacob was born at the historic Storks Nest, Tucson’s first maternity ward on north Court Avenue. One of seven children, his parents, Toufic and Wadia Jacoub Mabarak, immigrated to Tucson from Lebanon in 1919. The family immigrated to the United States at the fall of the Ottoman Empire and at the end of World War I. During this time there was a mass migration of Syrian-Lebanese. During the diaspora, many families were not able to immigrate through Ellis Island and found alternative entry into the United States through Mexico, as did the Jacob Mubarak family.

In his youth, John was always associated with the wholesale and retail produce business. He worked with his father and uncles at the family’s Tucson Public Market, established in 1922, and was compensated $2.00 per day. Dad shared many stories about his youth and the market. Recalling when the first freezer came to Tucson. He was fascinated by the technology and put a tomato in the freezer; he marveled at how this ‘new contraption’ changed the fruit. All fruits and vegetables were handled with white gloves. He would cut little windows in the corn husks so that the ladies would not have to peel it back to check the quality. His fondest memories were traveling with his father to the great produce markets in Los Angeles to purchase goods. He would later meet his beloved wife Cecelia traveling to El Paso for the same purpose.

John shared many childhood memories of hunting rabbits and quail north of Grant Road and playing and picnicking around the 5 rivers that ran through the valley, (Pantano, Tanque Verde, Santa Cruz, Rillito,

and Canada del Oro). One of his favorite stories was picking up produce for the family market from a barge that operated on the Santa Cruz river transporting from Nogales.

John graduated from Tucson High School in 1941 and enlisted in the Navy after the Japanese attack on Pearl Harbor. He served 2 years in Honolulu at the Naval Hospital, then as a medic on a minesweeper in the South Pacific. Honorably discharged in 1946, he joined the Naval Reserve.

In 1946, John along with his brothers George and Abe opened Club 21, a small, three booth, six stool bar and restaurant in Tucson on Miracle Mile.

John married the love of his life Cecelia Sayklay of El Paso, Texas on October 17, 1948. Together they had six children. In 1950, after the birth of his first child, Loretta, John was called into active duty for the Korean Conflict. He served three years and was honorably discharged again in 1953.

John returned to the family restaurant and remained there for 29 years. As an astute student of the authentic Hispanic cook that he hired, he committed recipes to memory, and with many hours in the kitchen, John Jacob became an accomplished chef to all who knew him.

Together at their home John and Cecelia were known for their warm hospitality, and traditional Lebanese cooking. Raised in the southwest and owner of a Mexican food restaurant, John spoke Spanish as well as the Arabic language of his parentage.

His children worked closely with John until he sold his interest in Club 21 to his brother and planned to retire. John’s wife Cecelia, however, had other plans. Shortly after, John purchased The Country Club Plaza, built in 1954.

It was the locale of the famous House of Hartwig, a women’s specialty shop, with other boutiques surrounding the Carousel Garden Restaurant. In 1973 it was transformed into El Parador Tropical Garden Restaurant and Cantina. There, John, his daughter, Loretta, and twin sons, Donald and Daniel began decades of serving delicious Mexican food to the Tucson community. On the weekends, after the dinner hour, El Parador again transformed into El Palacio de Salsa with live Latin Salsa music and dancing.

In 1987 John turned the day-to-day operations over to Loretta, Donald and Daniel, and pursued his lifelong dream of bottling his salsas, sauces, and spices. John’s salsas were distributed through Price Club, Shamrock Foods, Merit Foods, Wal-Mart, Safeway, Albertson’s, Sprouts and small boutique stores throughout the southwest. El Parador Restaurant and Cantina operated for 40 years until it’s closing in 2013.

John’s legacy lives on today in the many lives that were impacted through El Parador. Employees often share gratitude for the sense of family unity they felt, valuable life skills and work ethic learned under John’s tutelage. Patrons as well experienced authentic warmth and hospitality when they chose El Parador for their weddings, Quinceaneras and significant life events.

John’s 67-year career as a restaurateur was characterized by family unity, honesty, integrity, and community service. For his many years of excellence in service to the Restaurant Industry, John was inducted into the Arizona Restaurant Association’s “Hall of Fame” in May of 2000.

John was a Fourth-Degree member of the Knights of Columbus. He and Cecelia were involved in the Crusillo and were Knight and Lady of the Equestrian Order of the Holy Sepulchre. They chaired the Bishops Appeal for the Diocese of Tucson for many years, and were Ministers of the Eucharist at their parish, St. Ambrose Church.

For the last six and-a-half years of his life, John resided at Sunrise Senior Living in Tucson. His children are beyond grateful to the entire staff at Sunrise for the genuine love and care given to their father. Chef Bob featured John and his renown salsa in Sunrise’s Annual Taste of Tucson. He also asked John to make many of his signature Mexican and Lebanese foods to share with the staff. John truly loved the care givers at Sunrise. He spoke well of all of them, especially Whitney, who was beside him as he entered heaven. Thank you to each and every staff member at Sunrise. John loved you all.

In lieu of flowers, our father would want to bless his caregivers with a gift.
Please send check to Sunrise at River Road and write Team Member Appreciation/John Jacob in the memo.
4975 N 1st Ave.
Tucson, AZ 85718.
On behalf of our dad, many thanks!