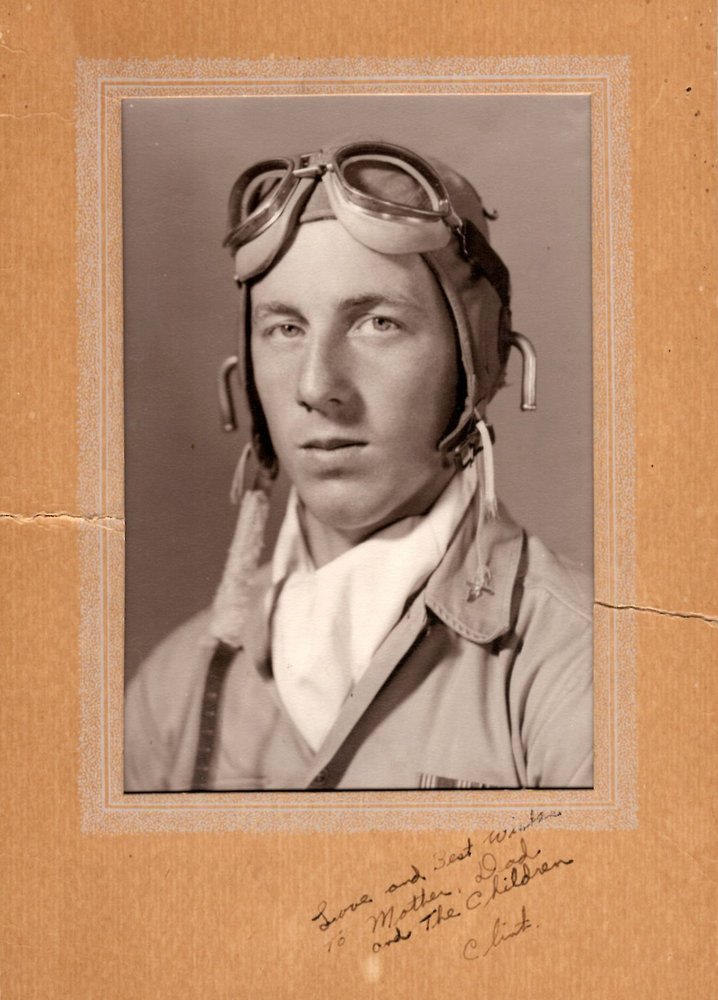 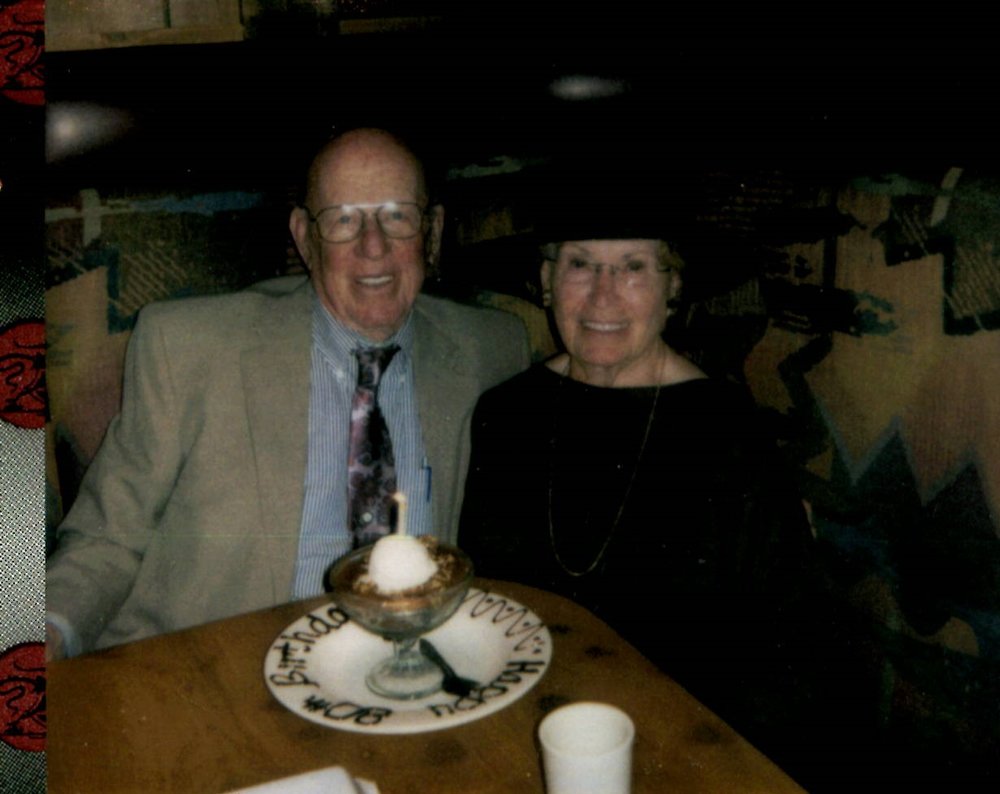 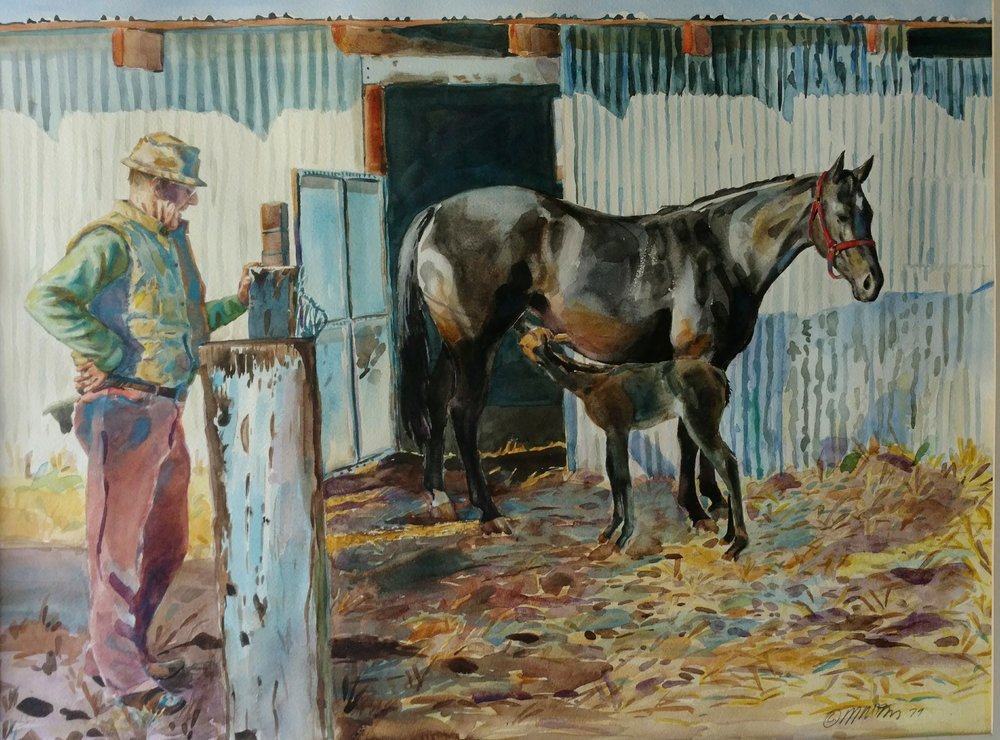 Clinton Ernest Norton was born May 21, 1920 to Ernest and Alice Murray Norton, in Strafford, Orange, VT. The eldest of 8 children, Clinton was given many responsibilities at a young age. His earliest memory, at the age of three, was of their sleigh getting stuck in the snow and turning over as they were traveling to church one Sunday morning. When he was six, his job was to drive their dairy cows to a field across the road and return them at night. Clinton experienced a great tragedy when their farm house burned to the ground and they were forever displaced from his father’s childhood home.

Some of his fondest memories as a child were his mother’s homemade doughnuts, getting his very own team of oxen at age of 10, and maple sugaring which was quite involved as it included tapping the maple trees, collecting the sap, and then cooking it into syrup. All this hard work was rewarded later with a treat of maple syrup hardened in the snow. Clint always had a sweet tooth for anything maple. Music was a big part of his family life. He played the trombone at an early age, was in the Army Cadet Band, and played in the Amphi Summer Band in Tucson.

During WWII, Clinton joined the Army where he was assigned as a radio operator in Goose Bay Labrador and based at a radio relay site for aircraft traveling from the US to Europe. As a radio operator and maintainer at Goose Bay, he heard the distress call and was instrumental in the rescue of a downed air crew that had run out of fuel after getting lost in a storm. Bored with his duties there, he volunteered for the Army Air Corp, became a radio operator for B-29 Bombers and participated in the Pacific Arena. Flying from the Island of Saipan, his crew completed 10 bombing missions followed by 10 POW missions, dropping supplies at the camps after the end of the war. He was most proud of the POW missions.

During his training at Davis Monthan Air Base, Clinton met his future wife Eloise Daniel who was working at the ice cream counter at Walgreens Drugstore in downtown Tucson. He would admit it was a stroke of luck for him. They married on October 30, 1945 and spent the last 74 years in Tucson, until Eloise’s death on February 6, 2020.

After marrying Eloise, Clinton became a certified plumber and worked many years for McDaniel Plumbing and Heating. He built their first home on his time off when their first born child, Michael, was a baby. Roger Darrel and Bonnie Kay followed soon after.

The family moved to Ajo, AZ in 1957 when Clinton was transferred to supervise the plumbing of a military radar site. At the time this was quite an adventure for him and the family. Upon returning to Tucson, he purchased a slightly larger home and moved his parents, who followed him from Vermont to Tucson, into the house he had built.

Clinton continued working as a pipetrades foreman and supervised larger projects for the rest of his career. Some of these projects included science buildings for the University of Arizona, University Medical Center, various military facilities and the La Paloma Resort. He was a member of the Plumbers and Pipefitters Local 747 since 1946.

In 1970, Clint and Eloise moved to Catalina, north of Tucson and purchased a few horses. This began a new chapter for them and they immersed themselves in all manner of equestrian life, including trail riding, horse shows, horse racing and breeding Quarter horses. These were happy years for them. Eloise’s widowed mother Pauline purchased property next to them, and their son Roger and his wife Judy built their home a stone’s throw away.

Clinton and Eloise were members of several Southern Baptist Churches and involved in almost every activity associated with them. He enjoyed singing in the choir, supervising the youth programs, boys’ baseball teams and eventually Deacon responsibilities. Clint and Eloise formed many lifelong friendships through their years of church involvement.

Most importantly, Clinton lived an honest life. He was true to his word and never missed a day of work. A devoted husband to Eloise, he enjoyed her sense of humor. He was always proud of his children and grandchildren, and was lucky to live long enough to acknowledge his great-grandson’s joining the military.

He was blessed to live a long life and was the captain of his ship!

Every crewmember on my airplane had extra duties, all except the radio operator. He was

generally a unique, oddball individual, only interested in his radio. Because the radio was a vital

piece of complicated equipment, very difficult to maintain, that absolutely must work well when needed, we left the radio operator alone.

To send flowers to the family or plant a tree in memory of Clinton Norton, please visit Tribute Store

Share Your Memory of
Clinton
Upload Your Memory View All Memories
Be the first to upload a memory!
Share A Memory
Send Flowers