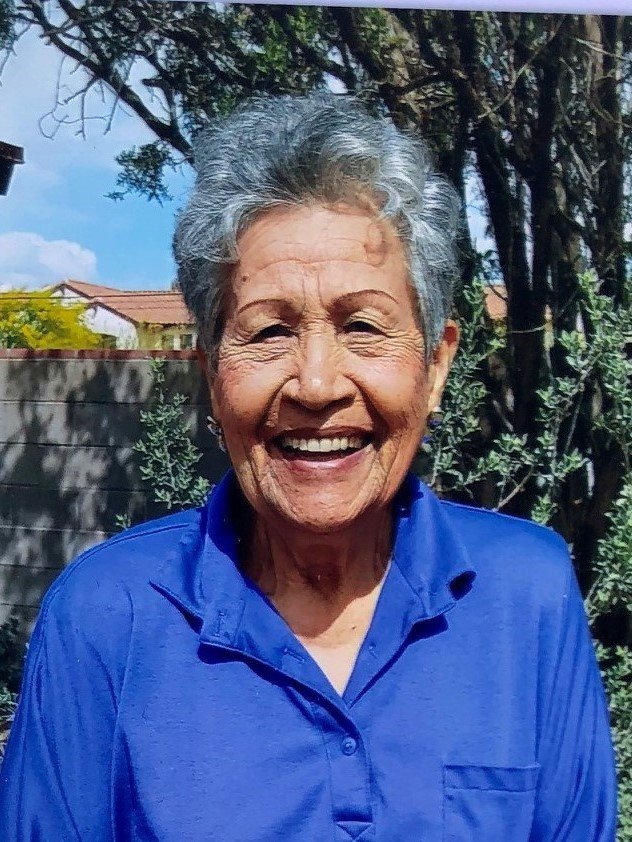 Obituary of Gloria A Diaz

Gloria Diaz passed away peacefully, surrounded by all of her children and grandchildren on May 15, 2020. She was born on Christmas day, 1937, the first of six daughters born to Basilio and Clementina Diaz in Bacobampo Sonora, Mexico. Raised both in Sonora and on the family’s ranch in Chihuahua, Gloria had a lifetime love for horses, open land and the simplicity and beauty of ranch life.

Gloria worked for many years in both the U.S.  and Mexico caring for families and prior to her passing, estimated she had helped to raise and care for upwards of 25 children. In 1980 she was hired by the Catholic Diocese of Tucson and proudly worked at the rectory of Saints Peter and Paul Parish prior to her retirement in 2015. Due to the economic conditions that caused her to leave her native Mexico, Gloria insisted that her children pursue higher education and to follow the path to citizenship. In 1996, Gloria and her eldest daughter Carmen were awarded their U.S. Citizenship, which was one of the happiest days of Gloria’s life as she felt that her lifetime of sacrifice had finally paid off. Gloria was a proud American who, until her dying day was grateful to the country that made it possible for she and her children to pursue a better life.

An exceptional cook, Gloria could often be found happily singing in her kitchen cooking up Mexican delicacies like her two specialties,  tamales and enchiladas.  Also an avid gardener, Gloria had a green thumb and could spend hours in the garden with her hundreds of plants and flowers.

Gloria is preceded in death by her parents as well as her two sisters, Armida and Blanca. She is survived by her son Albert Mendivil(Keli), her two daughters Carmen Diaz and Anna Mendivil Cunningham(Sean), her granddaughters Amanda Tobak(Jason), Isabella and Lauren, and her great-grandson, Roman.

Gloria’s family remembers her as a loving mother, grandmother and great-grandmother and the family’s champion. You would be hard pressed to find a tougher lady. Gloria’s goal in life was to ensure that her children would have a chance at a better life than the one she was born into, and she died knowing that she succeeded at that. Her love for her family and her determination, drive and willpower were unmatched and her family lovingly referred to her as, “The Iron Lady”.

Mamá, Chula, Grammy-We will never be able to thank you for all that you gave us, the example you set for us, and the love you showered us in. We are all that we are, because of your sacrifices, and we only hope that we can live our lives in a way that makes you proud. We are grateful for the years we had with you, and are comforted to know that now you are in God’s hands. With broken hearts, we give you back to Him.

The family would like to thank the staff of Arizona Oncology and of TMC Hospice for the compassionate, dignified care that they gave Gloria.

Due to current restrictions, a private mass and burial will be held on May 27th, 2020. A celebration of life will be scheduled at a later time. Condolences may be sent to: firemendi@yahoo.com

To send flowers to the family or plant a tree in memory of Gloria Diaz, please visit Tribute Store