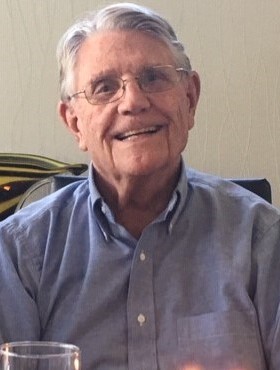 Jack was the son of Col. Wilfrid Stuart Bastine and Dorothy Tallman Cummings. He was born in New York as the youngest of four children. He had three loving sisters:  Doris Wright (deceased), Betty Kay (Deceased), and Barbara Anderson.

After graduating from Trinity Pawling Prep School Jack went on to Lewis & Clark College in Portland, Oregon where he earned a degree in Business Administration.  While at Lewis & Clark College Jack was a Staff Sargent U.S. Army, Oregon National Guard, 104th Infantry Division. Upon graduation he took a job with the College in their recruitment department for a year, and then went on to work for a local bank.  In 1956 Jack went to work in the pulp & paper business when he joined Georgia Pacific in Portland, Oregon.  In 1964 he moved his family to Flagstaff Arizona where he worked with Pondarosa Paper Products.  In 1966 Jack moved on to Southwest Forest Industries in Phoenix, Arizona as a Vice President and sales manager for Newsprint and Linerboard. He retired from Southwest Forest Industries in 1979.  Jack then worked in the residential real estate business for several years and then moved to Tucson.

Jack was an avid golfer and even shot his age twice: at age 72 and 80. He enjoyed playing guitar and singing. He was a true horse loving maverick, a member of the Verde Vaquero’s Scottsdale Mounted Sheriff Posse. A true outdoorsman who enjoyed hunting, fishing and shooting trap and skeet with his family. Jack will be remembered and missed by family and friends; he was loved by all.

In lieu of flowers, donations can be made to your local food bank or any other organization of your choice.  There will be no service per his request. Arrangements by ADAIR FUNERAL HOME, Avalon Chapel.

To send flowers to the family or plant a tree in memory of Andrew Bastine II, please visit Tribute Store

Share Your Memory of
Andrew
Upload Your Memory View All Memories
Be the first to upload a memory!
Share A Memory
Send Flowers