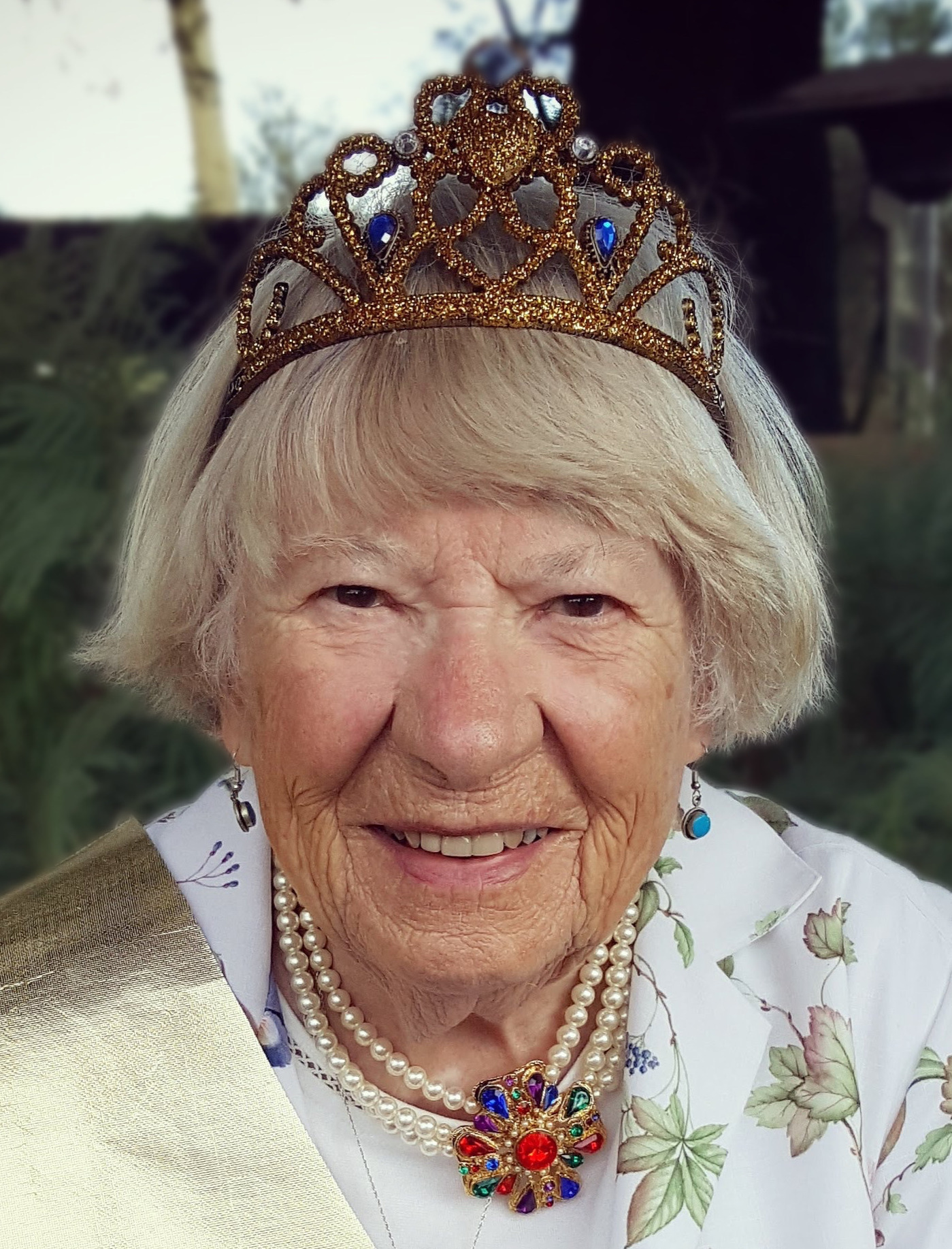 Irene Tieva was born in 1928 and grew up on a farm in Gorham, New Hampshire. Her father owned and managed lumberjack camps and equipment, unfortunately during the depression he lost his business and worked in the paper mill and on the farm. Her mother had 12 children and lost 3 in infancy. Irene was the ninth child with 5 older brothers, 1 younger brother and 2 younger sisters. She has many fond memories of Gorham, New Hampshire.

Irene met her husband, Herb when she visited back home in Gorham for a vacation after achieving her nursing degree. He was an engineer researching de-icing of airplane wings on Mt. Washington, N.H.  She met Herb at a dance at the Knotty Pine.  According to Irene he was intelligent and nice looking and wrote her a lot of love letters, but she moved to Yakima, Washington to work as a nurse.

Herb went to work for a company in Los Angeles, California and she decided to visit him for vacation and ended up marrying him. Together they raised 3 children (daughters Rosemarie and Carol and one son Martin. One was born in Los Angeles and 2 in Detroit, Michigan where Herb worked for Ford Motor Company.

Irene moved to California with her family when Herb started working his ideal job with space rockets. Herb, Irene and the children loved life in California. Irene remained a happy homemaker for almost 14 years until she was forced to return to work, because of aerospace industry mass lay-offs in the late 1960’s.  Trying to hang on to the California life, taking odd jobs for almost 2 years, Herb took a job in Arizona with Hughes Aircraft in 1966. Irene had to stay behind in Sacramento to sell the house and take care of the children. She took a refresher course in nursing and renewed her license and found a job with Kaiser-Permanente Clinic in Sacramento. Finally the family was able to reunite in Tucson. The children were in school and Irene did not find a job right away. The family lived in Pima county in Oro Valley at a time when Casas Adobes was the nearest store within 10 miles. Irene liked the new home but the children initially missed all their activities that they had in California. They soon adjusted and after a few years Irene started to work as a nurse at an old railroad hospital then Kino Hospital Clinic while earning her B.S. in nursing at the University of Arizona in 1971.

All her children went to college. One became a medical laboratory technologist, then a teacher, the younger daughter became a medical doctor. The son had a degree in engineering and later became a medical surgeon and an army colonel. Her family enjoyed camping and road trips. They made several trips to Sweden and Finland to see family and brought two grandchildren to those countries as well.

Irene’s husband died in 2003 after he retired. For three years prior, their social life seemed to consist of going to medical specialists. After losing her husband, she took a trip to China, also Italy with her daughter and friend from the Fountains Cathy Moffet. Cathy was the person who encouraged her to retire to the fountains. She sold her beloved home of 54 years and moved to the Fountains at La Cholla. She liked it fine even though she missed some of her previous activities and her view of Shadow Mountain. She lived active and involved in the community for 3 years until the end of her life.

In lieu of flowers, we encourage donations to Saint Odelia Catholic church or local community charity of your choice.

Information visitation, funeral services, and internment on July 12, 2022 at Avalon Chapel are listed below.

Also a memorial Catholic Mass will be held at St. Odelia Catholic Church on October 21, 2022.