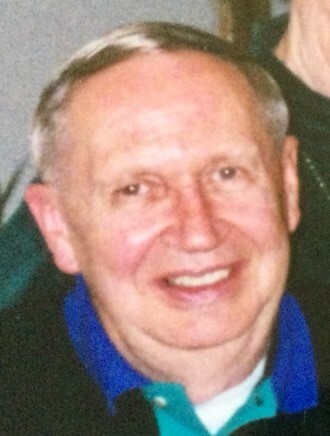 Herman G. Willms, Jr. passed away peacefully on March 8, 2022, his 89th birthday. Herman was born on March 8, 1933 to Herman and Stella Willms. He grew up on a farm near Rochelle, Illinois with his three sisters, Norma, Carol, and Joanne. He graduated from Rochelle Township High School in 1950 and graduated from the University of Illinois in 1954 with a degree in journalism. He went immediately to the US Army and spent 2 years at the Army Chemical Center in Edgewood, Maryland as clerk of personnel. After the service, he received a Master’s Degree in journalism at the University of Missouri. He taught journalism and American History at Mt. Prospect High School in the suburbs of Chicago. With a spirit of adventure, he went to become Dean of La Chatelaine, a private international girl’s school for 100 students in Neuchatel, Switzerland. On his first day, a young German teacher said “No, you are not Herman, a German name, we will call you ‘Dean’”. Family and friends have called him “Dean'' ever since. He was an Administrator for recruiting, hiring, and supervised the English-speaking faculty. After returning to the United States, he was a teacher of American History, World History, and Journalism at Jennings Senior High School in the suburb of St. Louis, Missouri for 17 years. He returned to England, Oxford summer classes, and Europe many times. In 1976, he purchased the El Con Book Store in Tucson, Arizona. When the bigger bookstores arrived, he sold his store and went on to pursue a Library of Science Master’s Degree at the University of Arizona in 1986. He moved to Vail, Colorado as full time Administrator at Vail Public Library, where his lunch hour was often spent on the ski slopes during winter months. Three years later he became an Administrator for the Fort Collins Public Library before retiring in 2001 and returning to Tucson, Arizona. His love of books prompted him to write, “Killing for Power and Profit: Remembering the Victims”. He researched the wars and spent two years writing it. It covered 100 years of war in concise chapters, making it readable and interesting. Publishing his book in 2018, he hoped to reach the younger generation of readers.

In addition to his parents, Dean was preceded in death by his sister, Norma Geise, her husband Charles, brother-in-law, Dr. James Parsons, niece, Julie Parsons, great niece, Kristi Geise, and nephews Jackson Gallup, Dan Sawicki, and Jay Senkerik. He is survived by his sisters, Carolyn Parsons and Joanne (Tom) Senkerik, nieces and nephews, Brenda (Will) Whitaker, Richard (Rene) Geise, Janet (Tres) Wiley, Sue Sawicki, Jim (Terri) Parsons, Lisa (Tom) Mucenski, Jeffrey (Cindy) Senkerik, Kourtney Senkerik, along with 12 great nieces and great nephews and many friends. He is and will be missed by all for his positivity, intellect, and love of his extended family.

In keeping with Dean’s wishes, there will be no funeral service or reception. Interment of ashes will be at Arizona Veterans Memorial Cemetery in Marana, Arizona.

Special thank you to Cindy and Jeff Senkerik for truly being Dean’s angels, to Rod Smith for your friendship and caring, to the caregivers at Hacienda De Luna Assisted Living, and to the staff at Casa de la Luz Hospice. He spent his last weeks happy, content, and grateful.