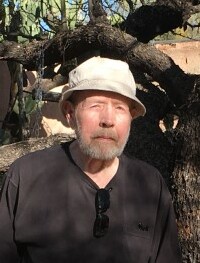 Ralph R. Saxlund passed away on the morning of March 8, 2022 at Tucson Medical Center.  Ralph was born on June 28, 1940 in New Rockford, N.D. to Ralph S. Saxlund and Elsie C.(Wick) Saxlund.  The family moved to Tucson in 1945 for a better climate for Ralph's asthma.  They later returned to N.D. for a few years and he graduated from Central High School in New Rockford.  He was senior class president and active in many organizations.  He attended and graduated from the University of Arizona and was a lifelong Wildcat.  He especially enjoyed watching the basketball games. In his younger days, he enjoyed hunting and fishing with his friends.  A special highlight was a trip to Norway in 2013 with his sister and husband and several close family members.  He was able to visit and view his grandfather's impressive ancestral home and farm. Although he never married, he considered his sister and her husband and their four boys and their children as his family. He was predeceased by his mother and father and several cousins and aunts and uncles. He is survived by his sister , Karen Mickelson and her husband Robert.  Nephews Steve Mickelson, Bob Mickelson, Dave Mickelson (Mary) and Dr. John Mickelson (Carrie).  Also several cousins and aunts. Adair Funeral Homes, Dodge Chapel was in charge of final arrangements.  A private graveside service will take place at Kverness Cemetery In N.D. at a later date.