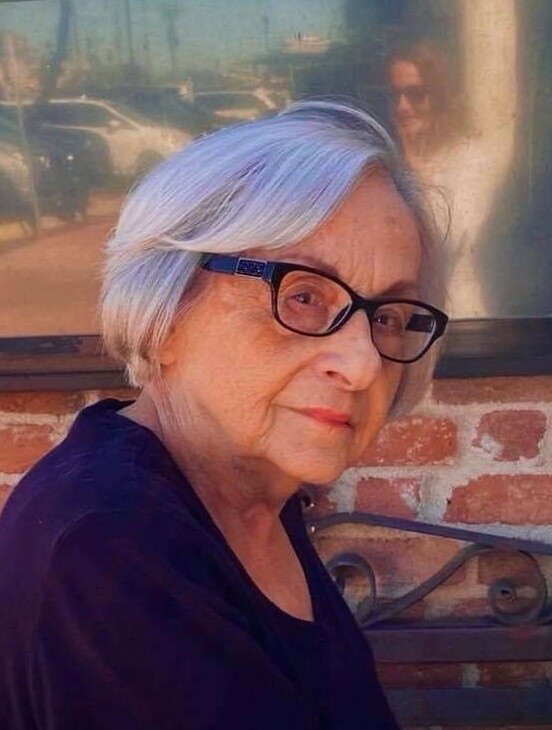 Lillian Ruth Churilla 91, passed away from lung cancer on Sunday December 12th, 2021.
Under the auspices of Casa de la Luz home hospice care she was lovingly cared for by her
daughters in their home, six weeks prior to her death.
Lillian was born July 1, 1930 in Gary, Indiana, daughter of Ann and William Toth her
parents. As a child she attended Holy Angels School in Gary, IN and was double promoted.
She attended high school in Indiana.

She was preceded in death by her husband Charles Churilla and son Chuckie Churilla and her
three sisters Violet Forsythe, Esther Schoff and Ruthann Jones.
Lillian was married in 1946 to Charles Churilla in Indiana. They were married for 52 years. They
resided in Indiana for several years and eventually moved to Tucson, Arizona where she
remained for the rest of her life.

Lillian was extremely involved in the Lake County Association for Retarded Children and held
the title of President for several years. She developed several fund raising projects for her
chapter. One project that was particularly successful was the Christmas cards that were created
by the children. She has always been a staunch supporter of the disabled and handicapped and
she devotedly cared for her son, Chuckie, for 54 years of his life.

She also loved animals of all kinds, plants with a passion, and was an excellent cook. She canned
and preserved seasonal foods and made it fun for her children to learn how to do the same. She
taught us to be very self-sufficient and we can all cook, sew and clean. When guests would come
to visit they were amazed that so many children lived in our house. We all had our chores and we
were grateful later in life for taking the time and patience to learn these tasks.

She loved all of her children deeply and told them often. She always won the Mothers Day
Award in church for having the most children and she was always so well put together.
She will be deeply missed and fondly remembered for all her wonderful antics. Mom was as
sharp as a Tack to the very end and now she's on her way to take her Sentimental Journey Home.
Donations can be made in Memory of Lillian R Churilla to the CASA DE LA LUZ Hospice at:
rootsandroads.org