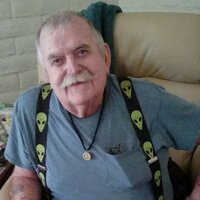 Ronald Francis O’Connor I passed peacefully away in his sleep in the early morning hours of October 6th, 2021. He was 84 and lived in Northwest Tucson.

Ronald was born to Thomas O’Connor of Blainerobe, Ireland and Christina Brown Anderson of Cowdenbeath Fifeshire, Scotland on January 29th, 1937, in Brooklyn, NY. He was their 2nd child of 6 children. He served in the Air Force and was a Jet Engineer Technician.

He met and married Leona Claire Lenahan in June 1963 and they proceeded to have 5 children and 6 grandchildren. He is preceded in death by his daughter  Pamela T. O’Connor, and survived by his wife of 58 years, Leona Claire Lenahan O’Connor, His 3 daughters Heather A. Bucarion, Moira E. O’Connor, Jean-Marie O’Connor, and his son Ronald F. O’Connor II.  He is also survived by his sisters, Christine O’Connor and Eileen Brown as well as multiple nephews and nieces and godchildren.

To many families and friends alike he was known as The Poppy.

A private family viewing will be held on October 15th. 2021 at Adair Funeral Home in Tucson, AZ from 3:30 -4 pm. The Mass and Funeral for Ronald O’Connor will be held at St. Odilia’s Catholic Church in Tucson, AZ on October 30th, 2021, at 9am, then will proceed to Holy Hope Cemetery for Burial at 12pm.