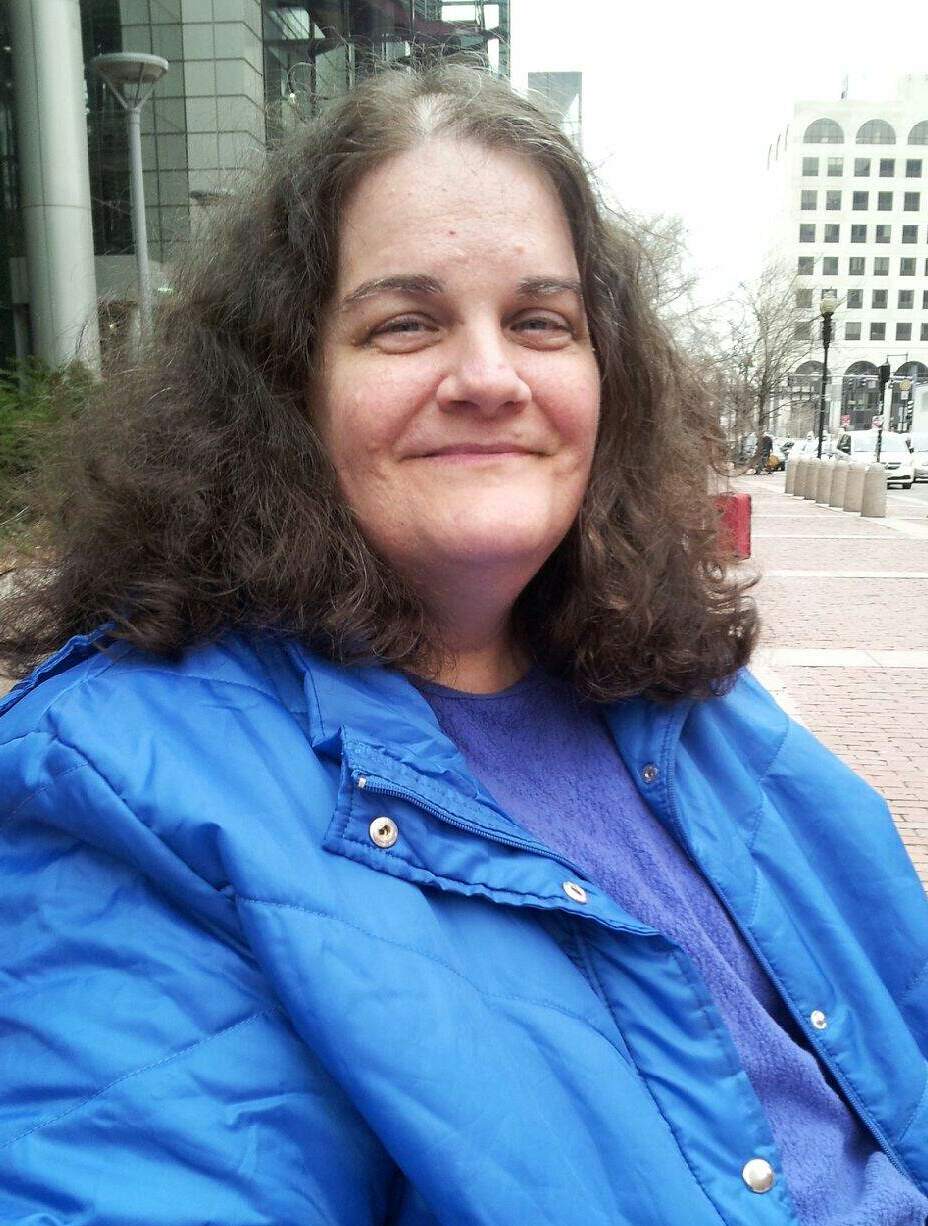 Sindy Bradley ended a 65-year run in August 2021. She was born March 1, 1956, in San Francisco, to Vernon and Dolores (Sindelar) Smythe. She came after a brother named Michael, before brothers named Patrick and Daniel, and before Lynn, her sister. The siblings grew up in several different places that they love sharing memories of when they came together in person, or in a group text. Japan figures prominently in the stories, and Sindy cherished the idea of someday going back to Japan as a respectful and appreciative tourist.

Sindy finished high school in Colorado, where she met a lifelong friend named Barbara and her first husband, Robbie Herman. Robbie and Sindy shared a love of camping, four-wheeling around their rural surrounds, and especially their son, Timothy Herman. A family tragedy led the three of them to Phoenix, Arizona. Sindy and Robbie’s marriage met its end there, but Tim would go on to find his wife Beatriz Adriana, with whom he had four beautiful children that Sindy loved dearly: Yuliza, Joel, Julian, and Zoe.

The grandkids helped inspire sewing, knitting, and crocheting projects that Sindy finished and planned. A toddler pumpkin costume was passed down for the siblings, and each Herman family member was gifted a Christmas stocking made by Sindy. She made versions for herself, too, so she could put their stockings on her wall when Christmas decorations came out. She liked to shop for candies and trinkets to put in them, too, one of the many things she loved about Christmas.

Sindy’s second child, Alice Bradley, only has one stocking because she lived as Sindy’s roommate, but she shared in the festive joys of decorating, watching unrealistic holiday romance movies, and especially baking and eating cookies. Alice’s father, Frank Bradley, was Sindy’s second husband; they were married for four years and coparents for 27 more. Sindy and Frank raised their daughter to enjoy musicals, read books, and learn as much as possible, things Alice will still do and will think of Sindy while doing them.

Sindy had many passions. She excelled at them. Her cookies and fudge were a highlight of the Christmas season; she sang beautifully, although it was a little hard to catch her doing it sometimes; she collected thimbles, elephants, and interesting coins; she had graph paper notebooks with full-coloring drawings of what quilts would look like once she made them; and most of all, she loved to keep her mind busy, to stave off boredom during the years she struggled against lupus. She fought hard to keep things and people in her life. She had the courage to get up every day and laugh or cry at movies, make meals and crocheted cats, pore over the differences between three shades of any given color, and most of all, talk to people she knew and didn’t know who needed someone to talk to.

She loved immensely. She empathized with everyone. She had a temper that could break on things like a hurricane, but when those things were people, she never hesitated to apologize for lashing out. She was a human being that many, many people treasured. Those still on Earth will continue to treasure her: her father, Vernon, and stepmother Helen; her son Tim and daughter-in-law Beatriz; Yuliza, Joel, Julian, and Zoe, her amazing grandchildren; her daughter Alice; her younger siblings Pat, Dan, and Lynn; and a lot of others. Sindy is joining her grandmother, aunt,

mother, older brother, brother-in-law, and other lost loved ones in the afterlife, where hopefully they can catch up with each other and talk about the things they got up to on Earth and whatever comes after it.