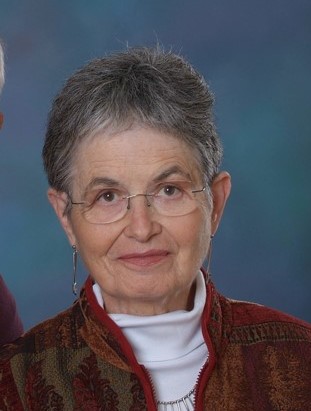 Carolyn Gaskill Hasenoehrl, 83, of Tucson, died peacefully June 16th after a brief illness and was greeted in heaven with the open arms of her husband Ken. Carolyn was born August 9th, 1936 in Ogden, Utah where she was the oldest of three siblings.   She graduated from the University of Utah in 1958 with a degree in dietetics. While there she was an active member of the Pi Beta Phi sorority.

Carolyn started her career as a dietitian with a three year internship in Seattle Washington.  She later returned to Ogden where she met the love of her life, Kenneth Hasenoehrl.  They were married on September 4th, 1965 and together they raised three children.

Carolyn continued working as a registered dietitian in Ogden until 1995 when she and Ken retired to Missoula, Montana.   Early in her retirement, she took up painting and joined many Missoula art clubs.  In 2001, Carolyn suffered a debilitating stroke that left her partially paralyzed.  Ken took over as her doting caregiver until his death in 2016.   Carolyn made the best of her physical limitations, talking to friends and family daily.  She greeted each day with grace, gratitude and a smile for those around her.  She will be remembered for that beautiful caring smile, her devotion to family, her love of a good Latte, cinnamon Altoids, and of course a wicked game of Pinochle.

Due to the pandemic, a celebration of her life will be held at a later date at Our Lady of the Desert Church in Tucson, Arizona.